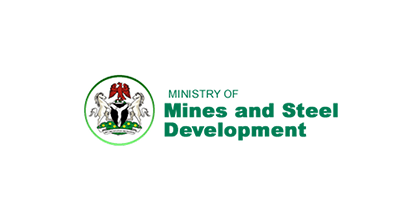 The Ministry of Mines and Steel Development has pledged its commitment to support Kaduna State Government in harnessing its mineral resources to diversify the economy and grow the country’s GDP.

Minister of State Mines and Steel Development, Dr Uchechukwu Sampson Ogah made this pledge while delivering his keynote address at the 2021 Kaduna State Economic and Investment Summt, Kadinvest, with the theme “Towards sustainable: Knowledge-based Economy” on Friday, 24th September, 2021.

Dr Ogah disclosed that the Ministry has key agencies in Kaduna State, like the Nigerian Geological Survey Agency & National Steel Raw Materials Exploration for generation of geoscience data on minerals of interest and the Mining Cadastre Office for title acquisition and administration.

“I am confident that reliable information from these Agencies on the Minerals and Metal sector will guide prospective investors in making knowledge-based decisions,” he stressed.

The Minister further noted that the Federal Government through NGSA has generated preliminary geoscience data that can guide would be investors on the proper identification of “hot spot” areas for detailed exploration across Kaduna State.

He however explained that mining is an information-based investment and such credible geoscience information will definitely attract serious mining investments into the State.

Dr Ogah who disclosed that Kaduna State is endowed with a lot of solid minerals, enjoined prospective investors to liaise with the relevant agencies of the Ministry of Mines and Steel development for necessary information to guide them in making their investment decisions.

He therefore, commended Kaduna State Governor, Nasir El-Rufai, for keying into President Muhammadu Buhari’s mandate of diversifying the nation’s economy through the Agricultural and Minerals sectors, saying the initiative would attract investors to the country and the state in particular.

In his keynote address, Governor Nasir El-Rufai disclosed that the state government has attracted $2.8 billion investments and created about 100,000 direct and indirect jobs since the inception of KADINVEST in 2016 and has progressed from the rank of 14th to 4th position in Internally Generated Revenue (IGR) realising N50.7 billion in 2020.

He revealed that the state has signed an agreement with Arla of Denmark to build a ranch that will accommodate 1,000 Fulani herders and their families with basic amenities such as grassland, water, schools, hospitals which amounts to N12 billion. Noting that N8 billion is from CBN and N2 billion from Kaduna state. Arla will contribute €5 million.

Governor El-Rufai said more than 80 per cent of the state population are below 65 years and most of them live in the urban areas of Kaduna, Zaria and Kafanchan, therefore, infrastructural investmentand jobs will be created.

The royal father stressed that the commitment of the State Government in ensuring a knowledge based economy to meet the current realities has resulted in Kaduna State being the pilot state of the MTN Education Programme which aims at improving the quality of education of people.