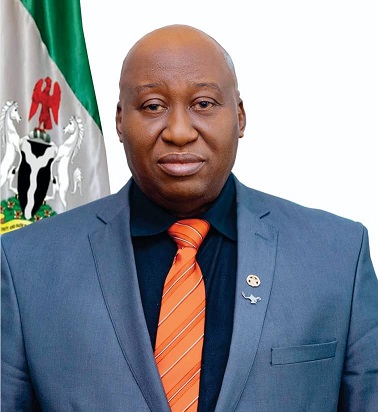 In line with the International Maritime Organisation (IMO) initiative to embrace renewable energy in order to cut down on sulphur gas emissions, the Maritime Academy of Nigeria (MAN) Oron has  began with alternative renewable energy towards the journey for a gradual phase off of diesel generators.

He said the academy has already achieved 25 per cent implementation and hope to have the entire Academy powered by solar energy, except for its simulators centre, which he said requires high voltage above the capacity of the available solar power.

He said his position was informed by the need to cut costs especially in the light of the nation’s dwindling financial resources, and considering how lean its funding made up of NIMASA’s 5percent annual earning has become in view of the present regime of erratic foreign exchange.

He said, “As a school we have been teaching our children on the future possibilities… the cost of diesel right now is between N27million to N30million for one truck… which we used to buy for between N7million and N8million.

“We are a school, we cannot kill NIMASA (Nigerian Maritime Administration and Safety Agency) and we cannot kill the Ministry (Ministry of Transportation) asking for money, so we have decided to go renewable.

“As at last week we were about 25percent, by December  all our classrooms will be powered by solar, most of our offices same. We only use diesel when we need to use our simulators because they are big, definitely they will consume more power.”

He said since taking over the administration of the Academy, things have gotten better, noting that MAN has evolved into a world class institution, and presently in the position to begin to attract foreign earnings by way of internally generated revenue; through capacity development of workers in specialized trainings for the maritime, oil and gas workforce, and for civil servants and other allied courses for people in administration, safety and nautical services.

“We have evolved as an Academy, the nation should be proud now that they have an academy. When l first appeared on this podium in 2017, I wasn’t this confident. But with the support of the ministry and the maritime industry, we have evolved.”