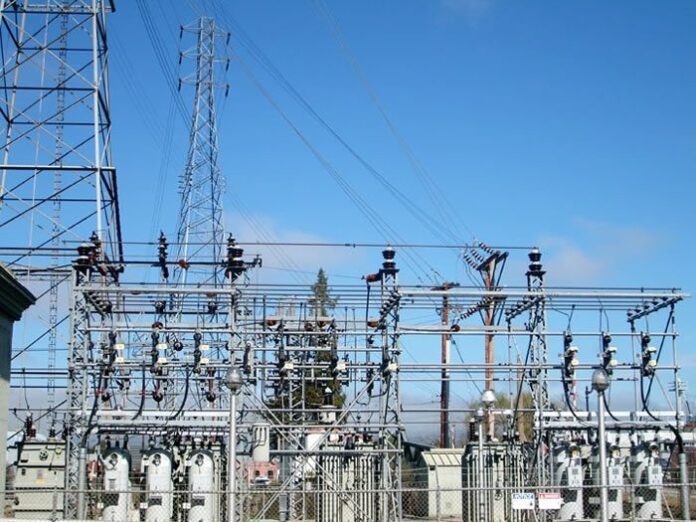 The profile of deficiencies in the workings of the power sector in Nigeria has pose insufficiency in the provisions of the sector. The deliverables of the sector have been of large deficits not only to commercial demands but also domestic utilities. Recently, the deficiencies recorded as low as falling below 3,000 megawatts. Power outages with collapse of the national grid have been a recurrent feature with nationwide blackout.  There has been no less than six collapse of the national grid this year.

Struggling to reach a profile of 5,000 megawatts, which itself is insufficient for the economic and population demands, is a lamentable subject of concern. Recently, struggling around 3,000 megawatts has been an ugly reality of the power sector. In the past few days, a ray of slight development saw generation rising above 4,000 megawatts. However, the inconsistencies characterised with the sector did not cease to reflect as reports have revealed again a falling scale in the national grid. Reports revealed the national grid declined in production by 6.7 percent on Sunday to 3,935.8MW from 4,218.3MW recorded last Saturday.

It is apparent the problems with Nigeria’s imbecilic power sector have not been hidden, neither do they have  much to do with the inability to identify the problems, but how to galvanise and coordinate implementation of agenda to get the desideratum. Experts’ opinion have seem not to suffer concourse on the problems bewildering the productive profile of the power sector. Reflecting on some of the challenges, the Chairman/CEO, Nigerian Electricity Regulatory Commission (NERC)   Sanusi Garba, had recently observed that, “Many factors are responsible for system collapse in Nigeria. They include low generation, which can be as a result of low water supply and inadequate gas supply that lead to high fluctuation in the process. This was rampant in the past because there was no strong commitment or agreement among the major stakeholders, but now we have caused all parties to go into an agreement that would bring about stability. The generating companies, Transmission Company of Nigeria (TCN) and the distribution companies, have now agreed not only to generate, but also to transmit and distribute to consumers. Consequently, we are very optimistic to a minimum of 5,000 megawatts, MW, would be supplied to consumers from July 1, 2022.”

The Regional Director for Infrastructure, Africa West and East, World Bank, Mr. Ashish Khanna, observing the power deficits leaving many people in Nigeria without access to energy more than in any part of the world, had noted recently that the country needed about $100 billion in the next 10 years to bridge the infrastructure gap in the power sector. It is mind-boggling that the Country with the high demands of the economy still gropes under the shadow of generating below 3,000MW.

It is glaring that from all ends of the structural organs of the sector, deficiencies of various reflections are, in their disturbing light, taking course to offset the entire working fabrics of the sector. Just as the problems are well pronounced, solutions to the deficiencies cannot be said to be out of sight, but the political will to herald the push towards coordinating processes to drive the course of concerns from the ebb of deficiencies by addressing the strains, moving towards the height of achieving the desideratum.

Declaration of commitment has always been with the Government, but the firmness to drive same with concerted push has been lagging. The impacts of the imbecilic unreliability of the power sector hold a very negative turn among the factors that define the unfavourable harsh character of the business environment in the Country. The cost of sourcing energy in the Country has remained one of the most disturbing to manufacturers and small businesses. The overall impacts, apparently, transcend the facial interpretation given to it. It is pertinent to note that developing a reliable power sector on which the economy can rest it’s oars for business to blossom is pertinent. The strings of clustered challenges, which power occupy a bugging part of, demands critical attention, particularly now when the pressure of the wobbling profile of the economy, demands, largely, the effective working of such sector as power, which has too long been drenched in inefficiency and inconsistencies – a nightmare to the economy that must be fixed.

Amidst deficiencies in output, the Federal Government had on July 1, 2022, activated a partial Power Purchase Agreement (PPA) with Generation Companies (GenCos) for the supply of 5,505 megawatts of electricity for peak generation and a base load of 4,893MW. The partial PPA guaranteed payment for gas supplied to the GenCos by gas companies and also ensured that the GenCos are paid for power supplied to the national grid. As part of effort to expand distribution capacity, the Federal Government had disclosed recently that the first set of mega transformers from the €63 million Siemens deal will begin to arrive in Nigeria from September. The Siemens deal which is expected to significantly improve the country’s electricity distribution capacity was approved by the Federal Executive Council in December, 2021. According to a statement by the Special Adviser, Media, to the Minister of Power, Mallam Isa Sanusi, the transformers have successfully undergone factory acceptance test at Siemens’ transformers factory in Trento Italy.

Accusations and counter accusations among the three tier organs of the working architecture of the power sector have been a central feature of the sector. Trade blames over the general deficiencies of the sector have been a recurrent feature. While such trading of blames have been taking toll, it remains indisputable that none of the tier of the working organs of the sector is expunged from deficient weaknesses in its working frame, and the need to address these deficiencies remain non negotiable if the entire output of the sector would give the demands of what the Country needs commercially and domestically for development and improved living conditions.

Interventions by the Government recently to address the lingering deficiencies in output which recently kept a toll of deficits in the records of power supply, have borne their significance, but it is pertinent to note that the intervention needed to vitalise the power sector to the height of virility to meet the pressing demands of the Country, is such requiring overarching blend of  interventions touching all the working fabrics of the organs of the sector from the Generation, Transmission to the Distribution outlay of the working frame of the sector. Nigeria’s economy has been left in the wobbling state reflecting signs of fatigue. To rescue the economy from collapse, addressing the deficiencies of the power sector, which forms a critical part of the factors of strains bewildering the economy, is non negotiable.