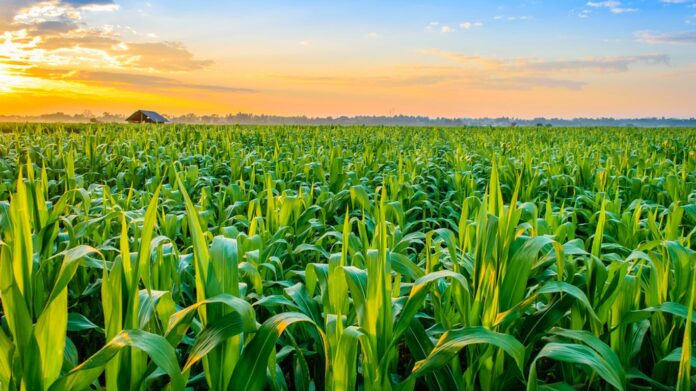 Stakeholders in the agriculture sector have called for investment in extension advisory services  to enhance proper usage of seeds and agricultural productivity.

They made the call in Abuja at the 5th edition of SeedConnect Africa  organised by the National Agricultural Seed Council (NASC), on Monday.

Sanni, who is also a Professor of Food Science and Technology, said investment in extension advisory services would enhance proper usage of seeds which according to him will further enhance agricultural productivity.

“If you look at what the World Bank did by setting up state Agricultural Development Program (ADP). They were the best tool to actually extend some of these technologies and best practices to farmers in rural level.

“But unfortunately, we keep on reducing the funding to ADPs. For instance, we have about 1000 seed producers but for us to reach them, we have to make use of some of the ADPs and some private NGOs.

“So, the combination of those public and private extension advisory support is very important to reach to millions of farmers.

“So, investment in extension advisory services is a key principal factor to enhancing our agricultural productivity as a nation,” he said.

Sanni also called on the Nigeria government to invest in agricultural Universities to have a seed technical hub, which he said would enhance the development of the country’s seed system.

“Another thing is that, nobody is investing in university to have Seed Technical Hub in all the Universities in each region.

“At least, in six universities to cover our agroecological zones as a nation.

“Most universities are not part of this type of interventions. This is an area I want to call on thy Federal Government to look into.

He stressed that challenges in the seed industry varied in Africa, adding that in Nigeria, the extension services capacity “is still a bit weaker.

“There are several challenges in the seed system and these challenges vary by country. In Nigeria, one of the challenge is still on quality control.

“There is also the need to ensure that quality is maintained in the very beginning from research through production of basic seed, through the processing of the seed up to commercialisation.

“Because any of those steps can be compromised with the expected quality.”

According to him, the second challenge is the capacity of the seed companies.

He explained that seed companies needed to have capacity to meet the quality control guidelines that the government has set.

“Sometimes, when companies are established they need time to build their capacity to meet those standards” , he said.

He equally highlighted funding and technical support to research institutions that develop seed varieties which were commercialised for farmers.

“In many cases, these institutions lack the funding to do the breeding activities and also maintaining the varieties they have produced.”

On his part, the Director-General, NASC, Dr Philip Ojo, said the importance of SeedConnect Africa cannot be overemphasised as it brought together seed industry stakeholders from all over the world to discuss.

He added that this was an opportunity for stakeholders to deliberate on issues and topics of mutual benefits to seed system.

Ojo disclosed that the SeedConnect Africa over the years gave way for the introduction of Plant Variety Protection (PVP Act 2021) Law in Nigeria.

This journey according to him started fully in 2018 shortly after the first edition of the SeedConnect Africa.

“Today I am happy to announce that Nigeria has a PVP Act and we are making efforts to complete the Nigerian membership of the International Union of Protection of New Plant Variety.

“We are currently doing a lot to operationalise this law, we have begin the process of setting up the PVP office.

“Currently, we have a draft regulation which was reviewed and validated by experts,” he said.

“With our collaboration with the Nigeria Security and Civil Defence Corps (NSCDC), we have been able to scale up seed market surveillance and enforcement of standards because we need to sanitise the Nigerian seed industry.

The Minister of Agriculture, Dr Mohammad Abubakar commended the effort of NASC in supporting various development, registration and release of improved, quality seed that were sold to farmers.

“What we are doing here is in line with the National Agricultural Technology and Innovation Policy of strengthening research, innovation and extension service.

“This is for the purpose of generating and disseminating knowledge to agricultural value chains actors to increase domestic output and reduce food import.

“Seeds and seedlings are the foundation materials for producing our arrays of carbohydrate and protein content crops which constituted a major portion of food consumption in the country.

“It means that any attempt to explore and diversify the production of food and cash crops is a practical way of ensuring food security in the country”, he said.