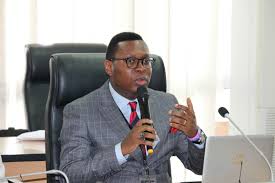 Prof. Bell Ihua, Executive Director, Africa Polling Institutea, says it will collaborate with the National Bureau of Statistics (NBS) to collect data of people living with disabilities in the country.

Ihua disclosed this in a statement signed by the research institute’s Head of Corporate Services, Amarachi Charles on Friday in Abuja.

The executive director, who led a delegation on a courtesy visit to the NBS, said that the collaboration was important in order to achieve the Nigeria Disability Project.

According to Ihua, the project is aimed at gathering evidence based data on gender and people living with disabilities in the country.

“The Nigeria Disability Project is a new development effort led by the Africa Polling Institute, which is aimed at gathering evidence-based disaggregated gender and disability data in the country.

“We are excited at this opportunity of collaborating with the NBS on this project, which is supported by Ford Foundation.

‘’I believe this will be the first of more collaborations between both organisations,” he said.

In his speech, Mr Simon Harry, Director, Corporate Planning and Technical Coordination at NBS expressed the bureau’s readiness to work with the institute.

“NBS as an agency is mandated to produce statistical data for the whole country and is always open to collaborating with the public, private and international development sectors, in order to achieve this mandate,” he said.