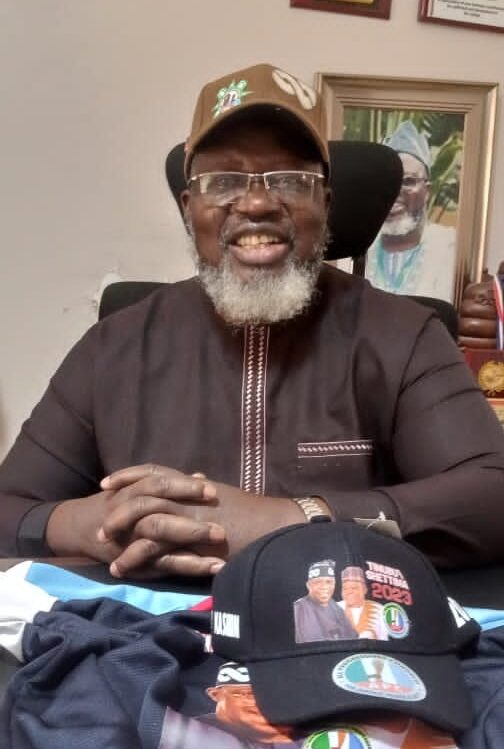 The Director General of Asiwaju Tinubu Presidential Campaign Organization (ATPCO) and former Minister of Communication, Adebayo Shittu in this interview with Olaseinde Gbenga and Matthew Denis speaks extensively on the 2023 general elections on the chances of the All Progressive Party’s (APC) Presidential Candidate, Ahmed Bola Tinubu winning the elections among other sundry issues. Excerpts:

Sir, we have barely five months to the 2023 general elections. What do you forsee playing out admist the internal crisis rocking your party?

I foresee a repeat of 1993 general elections where Moshood Kashimawo Olawale (MKO) Abiola was given massive votes particularly from the North. I have gone to Kano, Minna and few other places and I see the enthusiasm, zeal and commitment from the ordinary people away from the social media. I see their commitment and of course in Yoruba land, Tinubu is the idol of our people. So I’m 80 per cent confident that Asiwaju Bola Ahmed Tinubu is going to win the 2023 presidential election, 80  per cent because God is the ultimate decider. Otherwise, I would have said 100 percent.

Your name as core APC stakeholder wasn’t included in the Asiwaju Presidential Campaign Committee (PCC) list of about 422 people. What’s your take and how would you react to the internal crisis in the party especially the letter sent by your National Chairman, Abdullahi Adamu?

My name is the most relevant in the PCC, because even before PCC, we have had this coalition working assiduously for Asiwaju Tinubu’s victory in 2023. We have over 375 support groups from all over the country and I have been very active and having a lot of fulfilment. So what is the new thing that inclusiveness in the list will add to me? I’m saying this with all due respect, as for me it’s not a big deal as we’ll be complementing each other, and at least, PCC is an opportunity to include those who are not yet actively on the field. For some of us who have been there for over three months, I see it as a welcome development and we will all work together. Everybody should contribute his/her quota to ensure ultimate victory for Asiwaju  Ahmed Bola Tinubu. The letter which is purportedly out in the public space is doubted in its genuineness and nobody has claimed responsibility of it, neither the party official nor Tinubu’s men. As far as I’m concerned it is not an issue. You see, in politics a lot of things will be coming out, both fake and genuine, so that you don’t start dissipating effort on the irrelevant and get distracted. So, for me, it’s not an issue.

Your APC party doesn’t have stronghold in your state (Oyo). What is the expectation that Tinubu and the governorship candidate, Sen. Teslim Folarin will win come 2023?

You see the  victory of Peoples Democratic Party (PDP) in Oyo State in 2019 was assisted by APC elements because of the mismanagement of APC in power then. APC used to be dominating in Oyo State and we have a Governor Abiola Ajimobi  then. Unfortunately, I’m saying this not to criticize him now but, by way of historical analysis. He wasn’t allowing a free flow of internal democracy within the APC family. We wanted to have congresses and he wouldn’t allow people to decide who becomes party leader or not. Even the local government elections, he didn’t allow those who paid for forms to contest to become candidates and there was also party election for nomination of candidates for general elections which he thwarted. And so, out of frustration, people decided to join the PDP to defeat his own candidate. But the good thing is that all those who left the party to support Governor Seyi Makinde are back with us now because the young man could not manage them. So we’re working and leaving everything to God hoping that he will hear our prayers.

What is your relationship with your APC governorship Candidate, Sen. Teslim Folarin?

We have a very robust relationship, he’s my younger brother and if you meet him he will tell you that Adebayo Shittu is his godfather in APC today. So, I’m working very hard to assist and ensure that he emerges as the next governor of Oyo State.

Well, I chose not to come out for the 2023 general elections either for governorship or any political office. I don’t have any personal aspiration now as my aspiration is to get our party win at the presidential and governorship seats. Once I get that, I’ll be fulfilled. You see one does not have to be in a particular position at all times. I wanted to contest, it was frustrated by some elements. So I’m fulfilled now that I’m going for our party. Once Asiwaju becomes president, I’ll be happy that Nigeria will become a better place.

A popular Yoruba group called “Afenifere” has come out to throw her support for the Labour Presidential Candidate, Peter Obi. What is your view on this?

My perception is to ignore them completely. With due respect to most of these groups, I’ll say without any regret that many of them have spent forces politically. In the last 30 years, who among them have spent candidate successfully in an election? Is it Baba Adebanjo or who within Afenifere? So if they have chosen, the Yoruba nation wants one of its own to become president and these are people who claimed to be lovers of Yoruba people. Because of pettiness and all kinds of intrigues against the person of Bola Ahmed Tinubu they decided to play spoiler game, but I’m happy that we can comfortably ignore them and go into the elections and succeed.

Nigeria just marked 62 years of Independence. What is your take, have we really got it right?

We’re in life and life is about work in progress and I can tell you that even Nigeria is a work in progress. We are not where we were yesterday, you see aspiration will continue in life and even a multimillionaire wants to become a billionaire and a billionaire will like to conquer the whole world. I know that we have a lot of frustration arising from unexpected crisis. The crisis of insecurity in particular, we were contending with Boko Haram before this government came onboard, as the previous government had a lot of negligence to curtail the crisis. They would budget for arms and amunition with a lot of money without spending it. And when the Buhari government came onboard, it went full force to acquire arms and amunition and today no single local government in the Northeast is controlled by these miscreants. In fact, the last report I read was that there are more than 80,000 Boko Haram elements in the custody of the Nigerian Army. So when you have 80,000 as it were caged by the armed forces, you know that we have gone very far, like I’m saying soldiers, police and local government workers are in those places earlier taken over. All schools are now opened. They’re not like what it used to be for people to be in the IDP camps. As we were overcoming that banditry started taking over Northwest, if you look at the level of approach the security agencies are applying in those places, you will agree with me that the situation is gradually improving. Everyone is blaming government but the war against banditry is not a conventional war, because these miscreants are faceless. And when you are facing this kind of war, you need to be careful because you don’t know the kind of guns and amunition they have. One will expect that government will just go there and bomb them, but that would be a collateral damage of bombing kidnapped persons that are innocent. So government has to be very tactical and I’m happy that the government is not sleeping. Like it’s often said, “tough times never last, but tough people do.” Nigeria will survive.

As APC Chieftain, our education system is collapsing with this protracted ASUU strike,  that seems unending. What is your take?

It’s unfortunate that everybody wants to blame the government. I’ll give an analogy, If you’re a father and you have 10 children and your monthly income is N1 million and one of your children says he wants to buy a dress worth of N500,000 and you refuse to buy it because what you need to maintain the entire family in a month even the N1 million can’t cope. And the boy starts crying. You will be a stupid father to engage in unrealistic expenditure, because apart from that one child you need the other nine children to take care of, and you know your income will not be able to cope so you to have rationalize the expenditure. ASUU has made demands and these demands are being rationalized and satisfied with resources available by the government. It’s not ASUU alone that is on government’s payroll, as there are doctors in the hospitals, lawyers in court, security personnel among others. So you have to rationalize, because if you use every resources to satisfy ASUU to build an infrastructure, you have to go and take foreign loans or else the economy will be crumbled. Imagine the Lagos-Ibadon railway, Abuja-Kaduna railway and the Second Niger Bridge remained abandoned by the PDP administration.  If these things remain static the economy will not grow. The Buhari government is rationalizing and putting things in proper perspective to ensure sharing of resources equitable in the country.