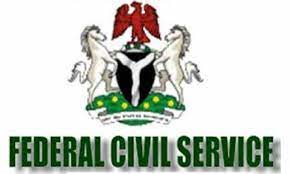 The Ministry of Humanitarian Affairs, Disaster Management and Social Development on Wednesday in Abuja commenced a sensitisation workshop on the reform of the public service.

The Permanent Secretary of the ministry, Dr Nasir Sani-Gwarzo said that the reform was to make the service more effective.

He said that the training for directorate cadre officers of the ministry would revolve around the reform imperatives, performance management system and IPPIS-Human Resource.

The permanent secretary said that the Head of Civil Service of the Federation had charged all MDAs to take the reform seriously.

“In view of this, the ministry has decided to keep all staff abreast as regards these reforms by ensuring that it is among the first to ensure compliance to the reforms.

“This is the reason for this workshop, as you all are the engine room of the ministry,” Sani-Gwarzo added.

He said that the sensitisation workshop was one in the series to be held as the plan for a new civil service unfolds.

Newsmen reports that the Director Reforms Coordination and Service Improvement of the Ministry, Mr Valentine Ezulu said that capacity building and talent management was a necessity in the civil service.

“In 2016, an effort was made to bring out a multi sectoral approach and implementation plan, but unfortunately, it was not approved, till 2018, so it could not run for only two years.

“The current Head of Service then set up a committee to bring it into successive plan which was approved in December 2021 and launched on June 23, 2022 to drive the reform in the civil service,” Mogbadelo said.