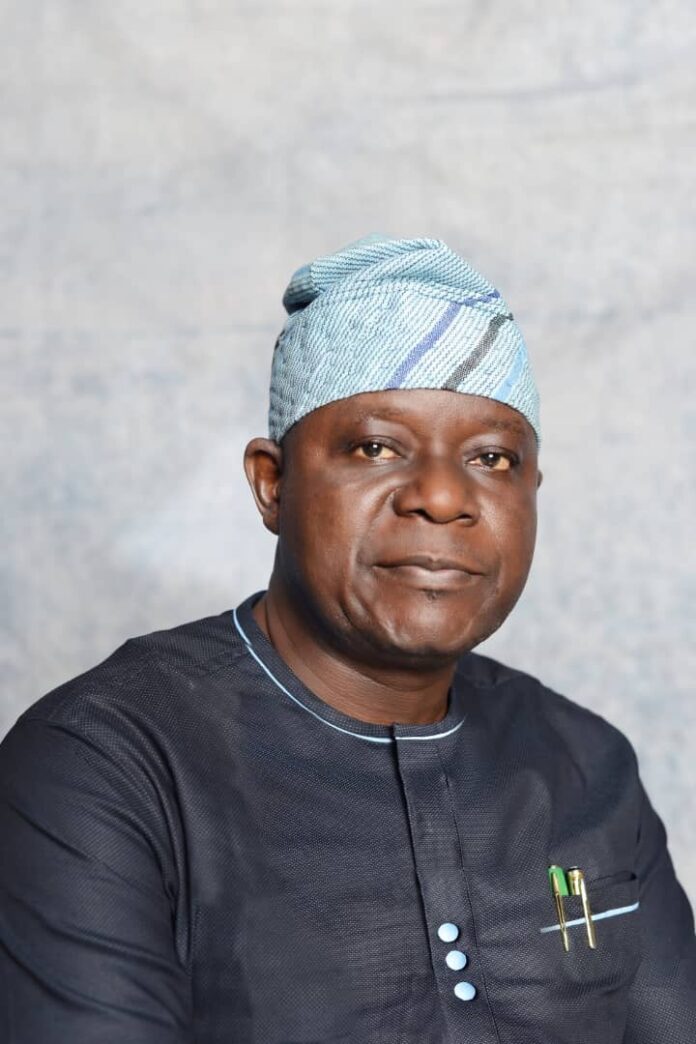 The Executive Chairman, Ikotun/Igando LCDA, Hon. Lasisi Ayinde Akinsanya, in this exclusive interview with SUSAN ONI and OWOLEYE OLUWAKAYODE, explains how the council under his stewardship is creating jobs, building capacity and improving the living standards of the indigenes of the local government through people’s oriented initiatives within his 100 days in office. He also brings to fore how his administration is strategically turning the fortune of the Council around.

How has it been so far?

To God be the glory and God has been manifesting himself, we have been ensuring that the  electorate enjoy  the dividends of democracy within the first 100 days in office.

Can you mention some of the projects you have executed within your 100 days in office?

To God be the glory. When we resumed office, we noticed that there was a problem of parking space within the local government secretariat. Cars were parked everywhere they see within the secretariat. We then moved into action by discussing the problem.

We went round and discovered a bush behind the administrative block, so we moved in to clear and do away with all the rubbles. Hitherto, the bush had served as hideout for hoodlums and that was the place where they used to initiate members, rape and hide their weapons.

Therefore, we cleared all the hoodlums out of the place. They now serve as our car parks.  After that we discovered that containers were not well placed and scattered all over the local government secretariat.

We decided to do some adjustment by clearing those that are not needed and replaced them in an orderly manner. We also ordered that all the containers in the secretariat should be painted in Nigeria colour, Green and White. We then moved our development initiative into the primary healthcare in Ikitin which was razed down by EndSARS protesters. It was in a very pitiable condition when we resumed, we moved in and by this week it shall be completed.

How have you been able to curb youth restiveness in Ikotun/Igando LCDA?

We realized that these youths who engage in cultism did so as result of joblessness. When we assumed office, we swiftly moved into action by organizing trade empowerment for our youth. Trades like tailoring,  hairdressing, makeup artwork, computer training,  barbering, etc, we trained them by engaging the services of trainers and after the training we also empowered them in our own little way.

We even trained them on interlocking, waste products like pure water nylons, plastic bottles water that they are still useful after use, and most of our trained youths are doing well after the training right now. Moreover,  we won’t relent on youth empowerment. We are going to continue training and engaging them so as to reduce cultism and social vices.

What have your challenges been within the 100 days in the office, and how did you surmount them?

The challenges are that the demand is enormous, but the funds are small considering what is expected by the electorates. You know Ikotun/Igando is a large local government, most of the roads here are in a bad condition, and they all required funds for good network roads and maintenance.

Well inadequate funds is a major challenge, but we are doing what we can do with the available funds. Like we rendered palliatives on Egan and Old Egan/Akesan road, when we resumed office. The road was not passable road at all, no one could pass through the road. Before one had to connect from LASU Expressway instead of coming through the old road linking Egan.

One would still need to go to Akesan junction to link with the expressway. We did some palliative work there and the road is motorable now. Currently, we are at Olukotun Primary School. Before then, the school was in dilapidated condition. We could not even call it a school where pupils receive classes. We moved in, right now our contractors with their tractors are working diligently and very soon the work there will soon be completed.

Are you monitoring your ongoing projects?

Yes we are, I was at our project sites two days ago with all the management team to inspect works on the sites and to assess the level of execution.

How have you been able to curb the traffic congestion in Ikotun axis?

When I resumed office, I had a meeting with the Executives of National Union of Road Transport Workers on how we could make Ikotun traffic free and after discussing with them, I realized that human beings are difficult to control. They did not conform with what we discussed. So I had to write their State Secretariat and made some suggestions to them. That is why you can see that Ikotun road  is now free from traffic congestion.

The same thing happened in Igando, the traffic there had been a thing of problem to everyone. But when I came in, I established traffic committee to find a lasting solution to Igando traffic congestion in that axis.

However,  we are negotiating a space now where bus parking or loading on road will no longer do that but have their terminal for loading.

What is your take on economic meltdown and what is the way out?

First and foremost, as far as I am concerned all of us should move closer to God. We all need God’s intervention.  Secondly, government should look directly into the area of electricity.

There is unemployment in the country because most of the companies are folded up and those that are still working are running on generator which is bouncing back on economic and commodities in the market.

So I think government should look inward by solving the problems of electricity in the country. Unfortunately,  former Governor Bola Ahmed Tinubu wanted to establish power plant in Lagos during his tenure, but for politics and power tussles between the then federal and state government they prevented him from doing it. By now, Lagos State would have been free from electricity shortage. Not only that Lagos State would have been a pacesetter for other states in Nigeria.

What is your take on Local Government Autonomy?

But in Africa, most especially Nigeria, reverse is the case.

What are you doing to increase internally generated income for your LCDA apart from waiting on federal allocations?

How do you tackle insecurity issues in Ikotun/Igando  LCDA?

We have our peace and security meeting on monthly basis where all securities agents like Area Commander,  DPO, Civil Defences, etc are present. We always work hand in hand and mainly discuss on how Ikotun/Igando securities axis will be saved and always free from hoodlums and hooliganism.

I must give it all the securities outfits in Ikotun/Igando because they all are doing wonderfully well. All we are saying is that we want them to do more and we will always support them.

What is the relationship between you and the local chiefs?

They are our fathers and we always work together. In fact, they always have representatives at our monthly community peace and security meeting.

Your goodwill message for Ikotun/Igando LCDA?

I want to sincerely thank my LCDA. They have been so wonderful in terms of support since we resumed office. We want to assure them this government will not disappoint them, and we are going to deliver the dividends of democratic government to them. Our words are  our bond and we stand by integrity, and we also use this medium to promise them that we are going to touch all the nine communities in Ikotun/Igando.

PMB and the futurologists

Nigeria’s Unity: Cultural restructuring for empowerment of Nigerians is the way to go — Otunba Runsewe