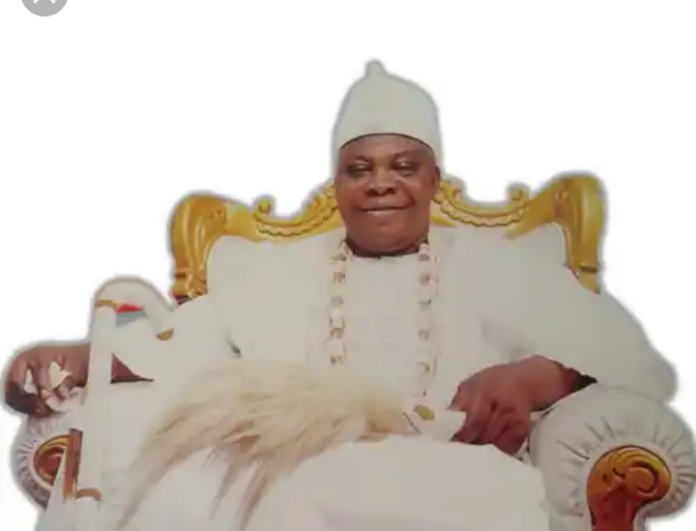 In this interview with AKINYEMI KEHINDE  AND TALATU MAIKANO, the paramount ruler of Ifako Ijaiye/Ojokoro Land, HRM Oba Oluwalambe Taiwo, traced the historical path of the land, even as he commented on the Ojokoro Festival Day. Excerpts:

Can you speak on the historical line of  Ifako Ijaiye/Ojokoro Land?

Ojokoro is a big city that has been existing over 500 years ago. The city wasn’t Ojokoro before but when some people moved out of Ile-Ife, they moved to Abeokuta to a place called Oke Ata now called Aro; till the oracle told them to move further, and further till they finally settled in Ojokoro. Even when we arrived here in the 1970s, this place was still a forest. We came here selling lands. On what brought about Ijaiye; when our progenitor got to Ojokoro, he hunted so many games like lions, leopards, elephants and so on. On his return back from hunting one day, he got to a T-junction where his people came to welcome him. They all greeted him and chorused, ‘baba, eku- ajaye o’ (wishing him a victorious return); he answered and said, ‘ojo ko le ro oko nibe’. The conjunction now formed the name, Ijaiye-Ojokoro, which means that, ‘baba, congratulations’, and his reply means ‘a timid can not hunt in this area because of the wild games that are available in this forest.’

When Idahomi war broke out, our progenitor was part of those that fought Idahomi war.  But before he came back from the war front, there had been a crowned monarch in Ota. Upon his return, he was embittered but was later calmed by the elders to embrace calmness. He later left Ota and settled at Ojokoro, Akute, Ebute-Metta and Ikeja where he hunted for games.

What role are you playing over the people under your sphere of influence?

I have worked really hard for us to have a police station and a local government office.

Can you comment on the last Ojokoro festival day?

We had people who came from far and wide, even all the way from Ife to celebrate with us in Ojokoro here in which the whole community graced the occasion. This is the second time Ojokoro festival day would be celebrated.

I cherish the way most people celebrate this big day with me. I am always happy seeing people around me being joyful.

Each day of the festival took different look as the event unfolded.