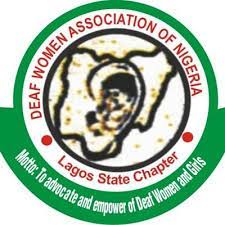 The Executive Director, Deaf Women Association Of Nigeria (DWAN), Hellen Beyioku-Alase has called for an end to violence against women with disabilities.

The woman activist, made the call while delivering her opening remarks during an event to commemorate the international day for the elimination of violence against women and the launch of the 16 days activism against Gender-Based Violence (GBV) held in Abuja.

According to her, “DWAN finds it important to join her counterparts in rest of the world to mark the day,” adding that it delights them through the annual event register the Group’s presence so as to increase awareness, advocate for the better understanding towards the inclusion of deaf women and girls with the violence they face.

“Globally, nearly one in three women has experienced physical or sexual violence at least once in her lifetime. This level of violence against women has remained largely unchanged over the last decade, despite tireless efforts to reverse the trend,” she disclosed.

The Executive Director commended President Mohammadu Buhari for his support for Nigerian women and equally urged him to accede to their demand for gender and equal opportunities bill (GEOB) to be passed into law which according to them will halt all forms of discrimination against women.

Shonekan did his best for Nigeria — Sanwo-Olu