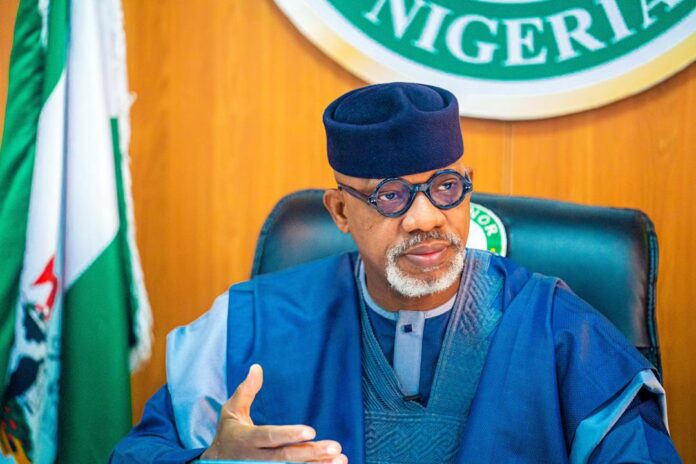 The governor of Ogun State, Prince Dapo Abiodun has said that it is with shocking rude that he received the disturbing news of the arrest of one of his appointees, Mr Abidemi Rufai in New York over alleged unemployment benefits fraud of about $650m in the United States.

Gov Abiodun, who condemned every form of unlawful acts has therefore in a statement issued by his Spokesman, Kunle Somorin announced the suspension of Mr Abidemi Rufai from office so as to enable him face his charges in the US.

The statement reads “we received the very disturbing news of the arrest of one of the Governor’s political appointees, Mr Abidemi Rufai in New York over alleged unemployment benefits and fraud in the United States, this morning.

“While the Governor cannot be held responsible for the actions of a full grown adult, especially outside the jurisdiction of Ogun and Nigeria, he has since suspended the suspect from office to enable him answer the charges levelled against him.

“The Governor wishes to condemn any act capable of undermining his determination to institute an open, transparent, accountable and morally upright behaviour in the State and in governance.

“Gov. Abiodun remains committed to his agenda of Building Our Future Together and will not condone criminals either in his government or the state in general”.

Abidemi Rufai, was reportedly arrested last week Friday by the federal agents at John F Kennedy International Airport, New York over Washington state’s $650 million unemployment fraud. He was said to be about leaving the country when the security agents swooped on him.

The suspect was said to have appeared in federal court last Saturday on charges that he used the identities of more than 100 Washington residents to steal over $350,000 in unemployment benefits from the Washington state Employment Security Department during the COVID-19 pandemic last year.

The wire fraud is said to be punishable by up to thirty years in prison when it relates to benefits paid in connection with a presidentially-declared disaster or emergency, such as the COVID-19 pandemic.