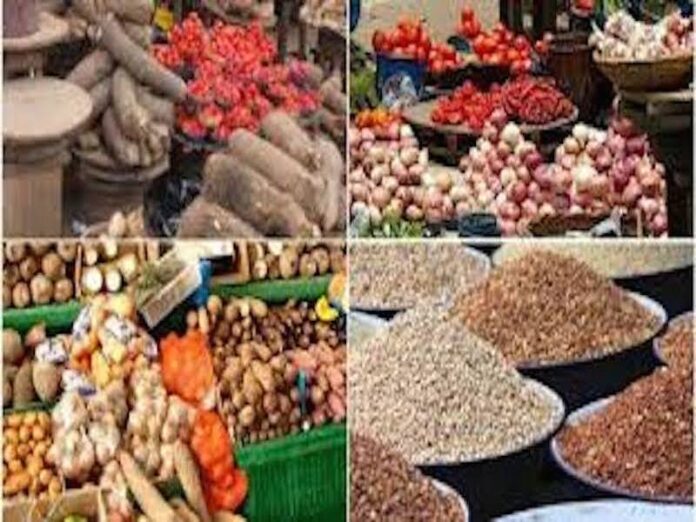 Agrarian activities are far becoming subject of critical concern in Nigeria, as the endeavour is far becoming endangered species, largely threatened by forces of insecurity. The scourge insecurity have come to render in shambles agricultural production in recent times, as incessant attacks across heat zones in the Country have left farming communities casualties of terror attacks, a fear that has left panic across farming settlements with increasing desertion by farmers who are finding it difficult to hold forth in food  production. Not only do their farms and settlements suffer wanton destruction by villain terrorists, but their lives also have been put to risk, too costly for the victims of the attacks to bear.

The losses of investment of time, energy and resources from destruction of farmlands, have gathered up ill sensations all of which have culminated in scarcity of food. That Nigeria risk acute food crisis may not be far from sight. Food crisis in Nigeria has become a subject frowning vehemently at the Country. It is of no doubt that the Country now stands at a verge where scarcity of food has begun to create crises which multiplier effects appear to be largely deep seated than the superficial reflections. Compounding factors with recalcitrant strings have come to create complex deformities, clogging-up to destabilise food production in the Country.

Top-front among these factors have been insecurity and aggression. While other factors do pose their threats, insecurity recently has become an albatross to food production, particularly at the direct front of farming which has seen attacks on farmers, leaving their settlements abandoned. The displacement of farming communities and the abandonment of their farmlands with windy escalation, recently, saw the prices of food skyrocket at an alarming rate. Largely, the agriculture sector has been roughly strained.

The increase of essential food staples beyond 400 percent has left sour narratives of worsening conditions of living for the majority. The impacts of insecurity on the supply line of food in the Country have not been either tolerable, as attacks on haulage activities transporting agriculture produces and food products across the Country, are all compounding threats bewildering the entire food value chain. It is thus, observable that the entire value chain is threatened by the scourge of insecurity.

Other challenges as rising inflation in supplementary inputs, such as the prices of petroleum products in the Country, the hiking of farm inputs as fertilisers, implements, tractors, and the general devaluation of the Naira before the dollar, are economic factors affecting the production of food, and hence the threats of heightening food crisis in the Country.

In April, SB Morgen, SBM, Intelligence identified security challenges in the North, recent petrol scarcity across the Country and the activities around the sit-at-home order in the South-east as factors that informed the hike in prices of foodstuffs in the first quarter (Q1) of 2022.

The report, titled ‘Jollof Index Q4 2021 & Q1 2022: Geopolitics Comes for Dinner,’ provides an explanation of food inflation in Nigeria using a delicacy of the common man in many households, popularly called jollof rice. The Jollof index covers major food items used in making a pot of jollof rice, such as rice, curry, thyme, seasoning, groundnut/vegetable oil, turkey/chicken, beef, pepper, tomatoes, salt and onions. According to the research firm, the average cost of making a pot of jollof rice for a family of five rose from N8,007 in Q3 2021 to N8,595 at the end of Q1 2022 — a 7.3 per cent increase. The research firm said it visited selected markets in the six geo-political zones of the country to determine prices of jollof rice ingredients, adding that consumers complained about the hike in prices of beef, turkey and chicken.

The report read partly,  “In the North-central markets, the prices of turkey, beef, and onions increased. The price increase in February and March can be attributed to the fuel scarcity which increased the cost of transportation of goods — some drivers had to spend the night at filling stations to be able to get fuel for their vehicles and others had to buy from black market vendors at higher rates. the report reads.

“In the North-east, heightened insecurity has sustained price increases in the region even as there was a price reduction in January in other regions. The humanitarian situation created by the activities of various Islamist groups has made farming in the region difficult.

“The sit-at-home protest by separatists in the South-east and associated violence in the region is one of the causes of food insecurity in the region. Prices went up in both Awka and Onitsha between October and November, dropped slightly in January, and took off again in February and March. Turkey, tomatoes, vegetable oil, beef and onions accounted for the increase in these markets.

“In Port Harcourt, prices increased from October to November and went downward in January, maintained a low in February and increased in March. The same trend is noticeable in Calabar Municipal and Bayside Mbakpa markets. Market prices rose in October and November and started a downward trend in January.

“In Kano, the cost of making a pot of jollof rice increased in October, flattened in November and began moving upwards in January, a movement maintained through March. This, according to all our respondents, was due to a sharp rise in the prices of perishable foods such as tomatoes and peppers, caused by the closure of the Tiga Dam for repairs.”

As farmers are investing in planting, the need to give ambiance to support their efforts for maximum productivity is paramount. Glitches in the last season only saw increasing prices of food,  rather than decrease during harvest. The losses of farmers amidst insecurity challenges and stiffening economic strains were discouraging factors daunting many farmers from massive investment.

The need to revamp the confidence of farmers to double-up their commitment with spirited-disposition to the task of food production is pertinent for national significance. Hence, addressing such challenge as insecurity has become a necessity. It is demanding on the government at all levels, particularly the Federal holding the preserve of the security forces in the Federation,  to intensify security measures around farming communities across the Country. It is now time to prioritise local security architectures. Hence, formation of local security system has become important to create edge around farming communities.

In addition, subsiding agricultural inputs, giving incentives and grants to farmers are measures the government at all levels should prioritise to cushion the effects of the economic downturn on farmers. Encouraging them in these measures are clear path to salvaging the Country from looming food crises which multiplier effects have been posing strains of discomfort and threats of disturbances against national peace and security. It is observable that the impacts have begun to assume recycling dimensions which end results would pose no tolerable circumstances for the entire nation. It behooves the government to encourage stakeholders in the field in the interest of the good of the greatest number.

Food crises pose threats capable of shattering the fabrics of society beyond the superficial perspectives with which it may be perceived. It is pertinent for the government to rise from slumber to address insecurity challenges, particularly those presently roving around farming communities in localities where food production have overtime largely been the mainstay, but have now been reduced to deserted areas and/or red zones where farmers can no longer go freely to cultivate their crops without fear of attacks by cruel gunmen. Checking the art of cruelty growing its wings to plunge the Country in deep mire, one of which may manifest in form of food crisis, has become non negotiable to prevent already alarming threats of deficits in food provisions.