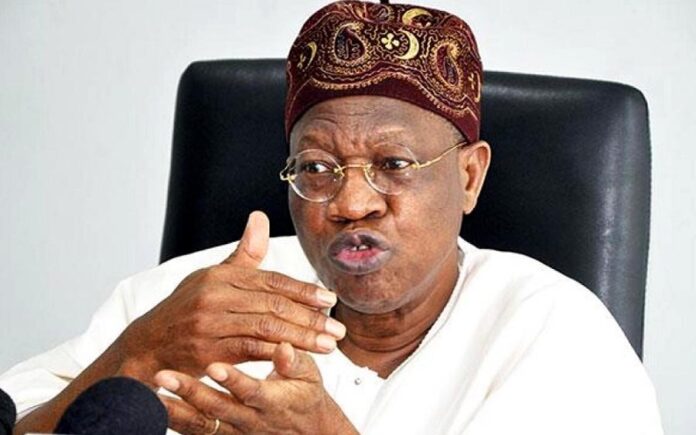 The Minister of Information and Culture, Alhaji Lai Mohammed, says the Federal Government is working to ensure that 30 million homes in the country have access to digital television.

Mohamed stated this on Thursday in Abuja when he featured on the News Agency of Nigeria (NAN) flagship interview programme, NANForum.

According to the minister, government is doing everything possible to ensure that there is successful Digital Switch Over (DSO) and analogue switch off in the country.

“We will ensure that 24 million to 30 million homes in Nigeria have access to digital television and we are on the right path.

“For DSO to be meaningful, those who are investing money in the project must be assured that they will be able to recoup their investment, otherwise they will run away.

“I am talking about serious investment, because the white paper makes provision for two signal distributors, approved 13 Set-Top Box manufacturers and two middleware engineering company and a satellite company,” he said.

The minister recalled that the DSO, in its first phase, was rolled out in the five states of Plateau, Kaduna, Enugu, Kwara, Osun, as well as the Federal Capital Territory.

He said with the approval of N9.4 billion by the Federal Executive Council and the inauguration of a 14-member committee to drive the process, the stage is set for the roll out in the remaining 31 states.

The minister said with the completion of the DSO process, people can watch up to 60 channels with clear signals and quality pictures in their homes.

“It means that when the DSO is completed you can sit in your room and watch drama, children play, comedies, cartoons with better programming, more diversity, sharper pictures and better audio.

“These are the kind of things that you see when you are in your hotel or you are in developed climes.,’’ he said.

Mohammed explained that DSO is also geared toward creating millions of jobs and changing the entire ecosystem of broadcasting in a manner never seen before.

“As we speak today, there are four set-top box assembly plants in Nigeria as well as 36 mega distributors,” he said.

Mohammed said the boxes are designed in such a way that they can send out free information on government policies and programmes to homes without internet subscription.

He said with the box, one can order Nollywood films for a token and without being on the internet.

The minister gave an assurance that government would continue to create the enabling environment to make DSO sustainable and profitable for all stakeholders.