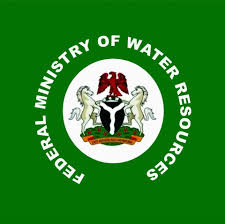 The Federal Ministry of Water Resources, through the Clean Nigeria Campaign Secretariat is engaging 77,400 Youth volunteers to act as hygiene ambassadors towards scaling up sanitation and hygiene in the country.

At the monthly meeting of the National Task Group on Sanitation, the Acting Coordinator, Clean Nigeria Campaign (CNC), Mrs Chizoma Opara, noted that 100 volunteers were selected from each local government areas to implement the programme for three months.

She said the volunteers would sensitise their communities on proper hand washing at critical times, promotion of behavior change through building and using their toilets to end open defecation practices.

“The volunteers’ role is to ensure that local communities were educated on the importance of hygiene promotion at all times.

“They are engaged in the dissemination of the key messages of the Clean Nigeria Campaign, this would go a long way in our campaign against open defecation and encouraging hand washing at critical times”.

Opara said the CNC secretariat was also partnering with Environmental Health Officers Registration Council of Nigeria (EHORECON) to step up Sanitation and hygiene in the country.

The coordinator noted that the terms of agreement with EHORECON was already in place, saying it was in line with strengthening enforcement towards ending open defecation in all parts of the country.

She added that Environmental Health Officers nationwide posses the skills, competences and were also strategically located in parts of the country in achieving the target of declaring Nigeria open defecation free before 2025.

She said the CNC Secretariat was leveraging on the nationwide structure of National Orientation Agency through its Community Orientation and Mobilisation Officers (COMOS), who would be engaged in the dissemination of the key messages of the Clean Nigeria Campaign.

She said there was the need for all Nigerians to be hygiene ambassadors as this was one of the ways in which the country would meet its open defecation free target before 2025.

Highlight of the meeting was the declaration of Shira Local Government Open Defecation Free (ODF), having met the requirements slated in the ODF Protocol for hygiene promotion.

Reports state that for a community to be declared ODF, it must have 100 per cent toilet use and increased ownership and usage of hygiene and sanitation services.