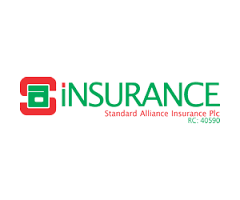 Standard Alliance Insurance Plc, has faulted its expulsion from the Nigerian Insurers Association (NIA), claiming that the exercise was premeditated with bias from some quarters in the leadership corridor of the association.

The insurer, who made the demand through its legal advisers, Messrs Ebun-Olu Adegboruwa & Co entitled ‘Re: Purported Expulsion of Standard Alliance Insurance Plc from the membership Nigerian Insurers Association dated Monday July 5, 2021’ and addressed to the Director-General, NIA stated in parts: “We are Solicitors to Standard Alliance Insurance Plc subsequently herein referred to as ‘Our Client,’ on whose behalf and instructions we write. Our Client has briefed us concerning the following disturbing developments:

“That on or about the 8th of November, 2018, the Nigerian Insurers Association (‘the Association’) wrote a letter to our Client demanding that it should pay its annual subscription to the Association as well as pay certain claims stated in the said letter.

“That on or about the 13th of February, 2019, as a follow-up to the demand notice above stated, the Association invited our Client to appear before its Membership/Discipline/Legal Matters Committee, which invitation our Client honoured and despite doing so and proffering a very tenable defence, the Association informed our Client on the 9th of April, 2019 of its suspension as a member thereof.

“While the suspension of 9th April, 2019 was still pending and unresolved, the Association proceeded again on the 23rd of October, 2019 to invite our Client to appear before its Membership/Discipline/Legal Matters Committee to explain why it had not fulfilled the conditions requisite for the lifting its suspension.

“Our Client again honoured the said invitation and after deliberations, the Association on the 13th of February, 2020 claimed to give a final warning and sixty (60) days extension to enable our Client pay the purported outstanding claims and offset its obligations to the Association.

“That further to paragraph 3 above, our Client settled all its obligations to the Association, for which a receipt was duly issued dated 22nd December, 2020. The Association also acknowledged the facts stated in paragraphs 1 to 4 herein through the letter dated 18, February, 2021.

“That the Association erroneously, without proper investigation, proceeded vide its said letter of 18 February instant, to terminate our Client’s membership with effect from 22nd February, 2021 on the following premise: ‘Although your company has settled its indebtedness to the Association, it is of great concern that no progress was made in settling the outstanding claims reported against your company by the insuring public and some insurance companies.’

“That the reason proffered for terminating our Client’s membership is glaringly and demonstrably false, considering that: