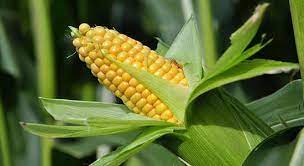 Experts in the agricultural sector have lauded the Federal Government for approving the evaluation and open cultivation of the new Tela maize variety.

Some of the experts who spoke to the Newsmen on Tuesday in Ibadan said that the approval was a welcome development towards ensuring food security in Nigeria.

Dr Festus Olasupo, a Plant Geneticist at the Cocoa Research Institute of Nigeria (CRIN), Ibadan, hailed government’s approval of the variety saying that maize production was critical to food security in the country.

He noted that maize was one of the most important crops used as food for human, livestock and by industries in Nigeria.

“There should be no issue on this since the process has gone through necessary scientific procedures before the approval was given by the National Biosafety Management Agency (NBMA).

“This will have positive effects on farmers; we know that great losses are incurred by maize farmers every year due to devastating effects of armyworm infestation and prolonged drought brought about by climate change.

“If this new variety is adopted by farmers, it will increase maize yield on the farm, boost farmers’ income / livelihood and improve market economy along the maize value chain,” he said.

According to him, crop varietal development is capital intensive.

“In addition, our farmers need support and encouragements in terms of farm input supply, low interest loan and well organised uptake of their products,” he said.

Also, a Geneticist and Molecular Biologist at the University of Lagos, Dr Bayo Ogunkanmi, said the Tela maize release was a welcome development.

“Before government releases any Genetically Modified crop to the public, it must have gone through biosafety regulation and certified safe for consumption and with no adverse effect on the environment.

“Farmers will find it profitable in terms of yield, productivity, and resistant to biotic/ abiotic stresses.

“It has no negative effect on farmers at all; agric extension agents must have conducted farmer’s participatory approach to seek farmers’ interest, choice and preference on a particular crop.

“The government cannot just introduce such a variety without testing it on secluded field trial to see the impact before introducing to farmers,” he said.

The geneticist urged the government to imbibe farm settlement approach and make the settlement conducive for living, in terms of social amenities that would encourage young school leavers to settle for agriculture.

“There is need to encourage farmers in terms of free farm inputs, farm implements and ready farmers market.

“This is good news as one of the headaches of maize farmers is the attack of insects and damaging stern borers which usually occur when there is drought.

“It creates conditions for armyworm and stem borers’ attack, which damage the maize thereby making the farmers to lose almost all the crops.

“To prevent these attacks, chemicals are applied which increases the cost of production, even some have effect on the environment and the soil.

“However, with the release of this variety, farmers would no longer have nightmares on these destructive insects.

“It will increase crop yield, reduce economy of production and less chemical will be used,” he said.

He appealed to the Federal Government, through the Federal Ministry of Agriculture to make the Tela variety available to the umbrella body of farmers and members of MAAN.

Ajani, however, called for awareness, training and enlightenment of farmers to understand that there were no negative effects of GMOs.

“There is need for trainings, pamphlet, demonstration farms, media campaigns and sensitisation programmes to encourage farmers to embrace this and free them from earlier negative opinions,” he said.