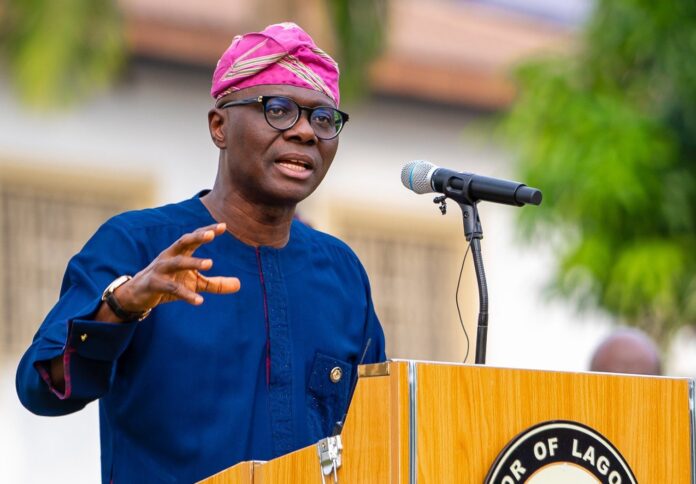 Lagos State Governor, Mr. Babajide Sanwo-Olu has said that the central focus of his Administration following hindsight from the 2020 #ENDSARS protest is broad engagement with the youths.

This, he said, was key to optimise the benefits of such inclusiveness towards building an appealing ecosystem for cohabitation in Lagos.

Against the backdrop of the colossal  losses that greeted Lagos at the wake of the October 2020 #ENDSARS protests, the Governor said his Government rather than capitalising on recounting such loses, would look forward to building an ecosystem which all the residents of the State would be proud of.

Governor Sanwo-Olu who spoke on Tuesday at a broad engagement forum tagged “Rebuilding For Greatness:  Peaceful Conflict Resolution,” said reconciliation and dialogue are sacrosanct for a greater future towards actualising the greater Lagos dream.

Reviewing assertions of panellists at the forum,  Governor Sanwo-Olu said such submissions as human capacity development, good parentage, conflict resolution, investment in conformity, intergenerational dialogue, documentation of the #ENDSARS panel resolution, impact evaluation, more representation of the youth in decision making processes, emotional intelligence, ‘not taking peace for silence and silence for peace’ among others, were salient points he would further emphasize for implementation.

On capacity development, he disclosed that as part of the Administration’s commitment to human resources, his Government would shortly commence the commissioning of brand new schools which have been undergoing construction in the State.

Emphasizing the strategic approach of his Administration to youth engagement, he mentioned that his cabinet has given due reflection to youth inclusiveness with the inclusion of young people holding key portfolios.

In his position, Lagos State Commissioner for Youth and Social Development, Segun Dawodu, said while conflict will always occur, the onus lies on society to address conflict when they occur.

According to him, though the social media does have its advantages, yet the use of the platforms for hazardous movements through uncensored and malicious contents by  “unscrupulous groups” who take chance to cause agitations, are undesirable for the society.

Represented by the Permanent Secretary, Ministry of Youth and Social Development, Dr. Oluwasegun Aina, the Commissioner who said that youths can demonstrate commitment and contribution to nation building, mentioned that it was “essential for youths to become nation builders.”

Lamenting the colossal losses of the aftermath of the protest, he submitted that solutions to rebuilding the State holds in education, creativity and innovation of the youths, their hard work and resilience towards achieving the greater Lagos dream.

The keynote speaker, Prof. Wahab Elias, Deputy Vice Chancellor, Lagos State University, while speaking on the theme, “Rebuilding For Greatness: Peaceful Conflict Resolution,” said though rivalry, conflict and competition are imminently and inevitablly a part of every society, what is required is peaceful resolution of conflicts, given the dynamic nature of society which is never static.

Giving statistical records, he mentioned that the place of Lagos remains critical to Nigeria as the sixth most populous Country in the world, with the State constituting more than half of 15 per cent of the population.

Asserting that conflict comes with developmental ideas, he asserted that conflict is inevitable “but what is important is peaceful resolution of conflict.”

Quoting Karl Marx class theory which states that “the history of every society is the history of class struggle,” he said resolving conflict by constructive engagement and dialogue is the key unto better society.

He mentioned that given the link of economic realities as endogenous factors to conflict, creating employment opportunities for youths is part of the ways to reducing conflicts in the Country.

He added that for a youthful population like Lagos, conflict is inevitable and thus the need to avoid non-progressive conflicts that are unprofitable to the society, and capable of engendering poverty, insecurity and hostilities.

Commending the approach of the Governor to the #ENDSARS protest, he said “the way and manner you handled the conflict, I have never seen it before in our clime.”

“There is no better way to address the conflict than the panel set for people to go and air their views,” he added.

He submitted that compensation for damages, monitoring and impact evaluation over a five year period are paramount to avoiding a repeat of the #ENDSARS.

In his assertions, Prof. Adedeji Oyenuga, Lagos State University, said keeping in view the substantive, procedural, and psychological components of conflict,  listening to all sides remains important, stressing it is significant to be proactive to address latent issues before they degenerate into conflicts.

Activist, Seun Awogbenle, said there has been a gap between leadership and government which according to him demands attentive resolutions.

Arguing that seeking patriotism from the youth without commitment to their development is irreconcilable, he called for bringing young people into government, with enengagement and strong dialogue.

He added that the priority of government should be centred on investment in youth capacity, with access to equity and equality.

Women Resource Expert, Damilola James, said the formative period of conflict evolution is key in preventing conflicts, arguing that it is important to address issues while they are still at the dispute stage before explosion.

According to her, emphasizing on the educative and child development processes in the society is important.

Mentioning that human capacity development is a task for all, she mentioned that failure of parentage grows to become the problem of the Government and the entire society.

Youth Ambassaor, Akanni Funmilayo, said youths in Lagos has become enlightened on what is needed to ensure building a greater Lagos, which according to her is an antidote against crisis.

Transformational Leader, Mary Makinde, said Governor Sanwo-Olu satisfies the qualities of what leadership is which according to her entails, loyalty, excellence, accountability, determination, enthusiasm, reliability, selflessness, humility, intelligence, and purpose-driven.

Chairman, National Youth Council, Bilialinu Oba, said the “Governor has been committed so much for the youth constituency.”

Election: Be wary of being used by politicians -— NYCN Lagos, charges youths