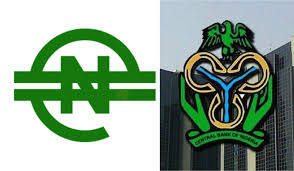 The Central Bank of Nigeria (CBN) has disclosed that from next week, Nigerians will be able to transact on eNaira wallets through the Unstructured Supplementary Service Data code on mobile phones.

Godwin Emefiele, the CBN Governor, disclosed this at the Grand Finale of the 2022 eNaira Hackathon in Abuja on Thursday.

Aside from transacting, Emefiele said Nigerians could also open an eNaira wallet on any phone of their choice through the designated USSD code.

He explained that Nigerians would only have to dial *997# from their phones to carry out transactions on their phones.

He said, “Nigerians, both banked and unbanked, will be able to open an eNaira wallet and conduct transactions by simply dialing *997# from their phones.

“Shortly after this, both merchants and consumers with bank accounts can use the NIBSS Instant Payment (NIP) to transfer and receive eNaira to any bank account.

“This will further deepen the integration of the eNaira with the existing national payment infrastructure.”