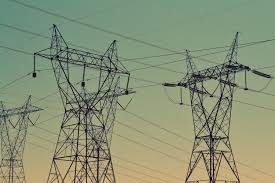 The National Union of Electricity Employee (NUEE) has expressed hope that the Federal Government would fulfill its promises to avert resuming its suspended strike.

Mr. Modupeoluwa Akinola, the Assistant General Secretary of the union, Western Zone, spoke in an interview with newsmen on Thursday in Ibadan.

Akinola said if the Federal Government could do the needful, electricity workers won’t resume the suspended strike.

“They have given us hope that they will do all we are asking for.

“If all our demands are met, that would be the end of the industrial action, but if not, we will continue,” Akinola said.

Recounting what led to the suspended strike, he said: “Some members of staff were laid off in 2013 and some of those things promised them, up till now, they are yet to be paid, such as severances.

“We have what we called the 15 months, in which we asked the Federal Government to look into and pay our people, which have not been done.

“When people were laid off, you gave them hope that they would be employed in another place, but stigmatisation is there now.

“Anywhere you go to and tell them you are an ex-NEPA staff, nobody is interested in you. This is part of what we are now seeing.”

He said that it was debatable, if privatisation of the power sector had benefited electricity consumers.

“Of the DISCOS that were sold out, only one remains and there are plans to sell that one too and that is part of what we are telling them.

Also, Mr. Shadrack Akinbodunse, the Utility Consumer Rights Advocacy  and Convener, Coalition for Affordable and Regular Electricity (CARE), Oyo State, said government should look into the welfare of workers and priorities it.

Akinbodunse said that this would prevent some workers from being forced to down tools as a means of getting their requests granted.

“Government should learn to honor agreements, especially with the labour unions, because most often, strike is used as a last resort.

“The electricity workers have pending issues of 15 months salaries areas that were not paid to ex-PHCN workers.

“Others were stagnant because there was no promotion. Lots of people due for promotion were given the promotion in acting capacity, which doesn’t reflect in their take home pay.

“Also, government failed to meet up with its promises to look into the issues in 2019.

“To forestall subsequent industrial action, whenever there is an issue, the government should set up a committee who will resolve the issues before it degenerate or get out of hands,” Akinbodunse said.