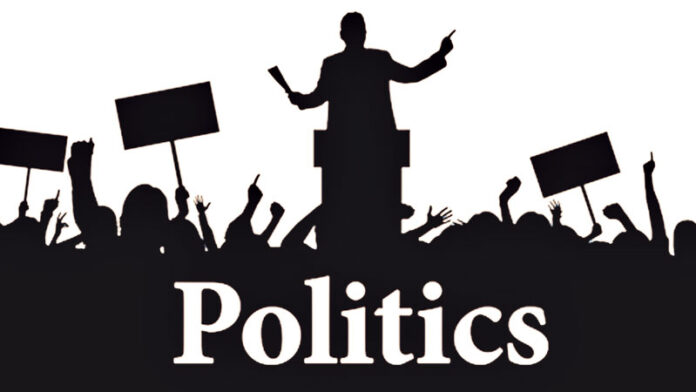 The drum-beats of secession have continued to assume stronger echoes  throughout the polity. The resonance of the rising perceptions is gradually assuming patterns that appear to be coloured with clauses of perceptional formations on the driving forces of the foundations of campaigns by different groups from different zones in the Federation. While it is believed that the informing impetus of some groups are instigated by grievances nurtured by what have been described as “discrimination/marginalisation,” some have perceived the call from some entity as a natural response borne out of nationalistic perceptions of homogenous people who believe in their own homogeneity and therefore see reasons for self determination.

The subject is however gradually moving to troubling heights  which political stakeholders are still very much docile about. The subject has been coloured with remarks of varying reservations. The fact that some believe particularly parts of the Federation is at an advantage while others will be at disadvantage, is a subject that encompasses controversial positions. The Northern Elders Forum (NEF) had in response to the scores generating from the campaigns in giving a political coloration to the subject towards 2023 in its reaction, describing as unfounded the fear that the recent manoeuvre by separatists in some parts of the Federation will threaten the North’s political fortune, ahead of the 2023 elections. In a statement by its spokesman, Dr. Hakeem Baba-Ahmed, the Forum had described the wave of irredentism sweeping the Federation as the brainchild of some politicians desperate to occupy the highest office in the land. The statement had read:  “We have followed recent developments, events and utterances from many quarters, all of which suggest that our country is at a defining moment that will determine its fate and the security of all Nigerians for a long time to come. It is no exaggeration to say that our country has never been so threatened by a combination of weak and ineffective governance and a determined effort from many quarters to capitalise on this weakness to attack the foundations, which give all citizens and communities some comfort that we are not headed for almost certain, irretrievable disaster.

“It appears that many groups and persons, who have public standing, political adventurers and upstarts believe that it is open season to intensify attacks on the foundations of our co-existence through acts that provoke, frighten or otherwise cast doubts over the capacities of those who have sworn to protect the nation and citizens. These groups’ activities suggest that they perceive a vacuum, which provides a perfect setting for questioning the legitimacy of the Nigerian state, its ability to fight against subversion and other acts of hostility and its commitment to uphold the rule of law.The only voices being heard are those which demand the balkanisation of the country, or encourage dangerous politics and other acts that pitch some communities against others. The disturbing silence from responsible Nigerians and the capitulation of hitherto influential groups to politics of the gutter is creating a dangerous space, which further erodes the chances that a rational approach to the triggers to these provocations can be found.

“The Northern Elders’ Forum recognises the historic opportunity for leaders, elders and other Nigerians who believe in acting responsibly to step up now and retrieve the country from imminent disaster. It understands that many of the provocations and threats are directly related to manoeuvers for 2023, as well as attempts to hurt and weaken the North by making it the culprit behind all manner of grievances, real or contrived. People who believe they can intimidate or threaten the North into submitting to their demands are grossly mistaken. The North also wants a Nigeria, which addresses at least a minimum of its requirements, and these are many. Like all other Nigerians, it believes this country must meet particular and general interests, and no group’s interest is superior to those of the others. There is a long way to go before 2023. There are politicians who think weakening the country is their best guarantee for achieving their goals. Groups which are floating irredentist agendas to blackmail others do not impress the North.

“At the most minimal level, attacks on Fulani communities who live peacefully with communities in the South must stop. No Nigerian should be threatened or ordered to leave any part of the country because it pleases other Nigerians that he does so. Elected leaders must rise to their responsibilities of protecting citizens and their property.”

More political stakeholders are in recent times lending counteracting voices to the separationist campaigns. Governor Rotimi Akeredolu of Ondo State had on Tuesday said that the people of the state would not support the secession plans being promoted by some Yoruba leaders. Akeredolu who spoke at the swearing-in of Princess Oladunni Odu, the first female Secretary to the State Government (SSG) since the creation of the state, and four Special Advisers in Akure, the state capital, had said: “l must not fail to comment on the current agitations by some people who express grievances arising from the challenges of nationhood. The noises generated by seeming inaction or passive indifference on the part of elected and appointed representatives of the Government at all levels appears to be responsible for the growing disaffection in the land. Why some have been measured in their reactions to these problems, others have been less diplomatic. It is not uncommon to find groups and individuals purporting to act or speak on behalf of the rest of us. While it is the right of citizens to discuss, agitate and even fight to right perceived wrongs, culminating in self-determination, this must be done within known and acceptable parameters. All concerned must be ad idem, that is, agree to pursue the same objectives to achieve a desirable or desired end. There must be a common platform through which the demands, from the most mundane to the sublime, must be presented. There must be a general consensus, articulated and presented after rigorous engagements on the level of intellection as the agendum for action. The reasons for the declaration of hostilities must not be fleeting fancies of disaffection engendered by perceived politics of exclusion for personal benefits. Self-determination must be a collective programme of action. l state, unequivocally, as the Governor of Ondo State, elected by the people to serve them and protect their interests, that our people have elected to stay in the Federal Republic of Nigeria as constituted at present. We recognise that there are reasons to demand that certain anomalies be put right. We will continue to encourage dialogue as an effective tool in resolving disputes.

“We will also not shy from joining others to insist on socio-economic justice. We will, however, not subscribe to banditry and recklessness in putting forth our demands. Consequently, no part of the entire State, known and delineated as Ondo State, shall permit any gathering or agitation which may suggest, however remotely, that we are in support of unthinking rabble-rousing. We will not be led to assured annihilation by anyone or a group of people, still smarting from the electoral defeats of recent times and presumed exclusion from the process of decision-making. Our people are knowledgeable enough to determine their interest at any point. If and when they consider self-determination as an option, they will not depend on external promptings to act. That is why we are different. That is why we are who we are. And that is the way it is going to be.”

In swift reaction, the Professor Banji Akintoye’s led Ilana Omo Oodua had in a berating tune countered Governor Akeredolu for taking a whip on the agitation for the creation of a Yoruba nation. The reaction in a statement titled, ‘Our Agitation Shall be Bloodless, Intellectually Rooted, Legally Grounded’ had read: “We wish to say very clearly that Akeredolu is entitled to his opinion. He has only spoken for himself. If he is sure he speaks for the classical masses of Ondo State, he should ensure that his army of state-induced terrorists allow us to stage our one million march peacefully in Akure, Ondo State capital to prove whether he spoke for Ondo state people or for himself. Akeredolu feeds 100 per cent on the commonwealth of Ondo State people. He is a member of the tiny neo-liberal and neo-classical elites who will never support the wishes and aspirations of the masses. We saw how he grandstands on the terrorists and murderous herdsmen illegally occupying the forest reserves in his state and we saw how he chickened out to the chagrin of all of us who staked our reputation to defend him. Akeredolu has now surrendered the farmlands in Ondo State to the government of Fulani herdsmen while masquerading to be participating in National Livestock Programme. We are saying for the sake of clarity that what we declared is the sovereignty of Yoruba Nation from Nigeria, and not a secession from Nigeria. We want an autonomous Yoruba Nation. We want to determine how we want to govern our people. We want to control and manage our resources. We want to police and secure the lives and properties of our people. We have made our position known. Our agitation for autonomous Yoruba Nation is legally grounded, intellectually rooted and it shall be executed without shedding of blood. Akeredolu cannot sit inside the comfort of his office and claimed to be speaking for the people of Ondo State that he has failed to regularly pay their monthly salary, pension and gratuities.”

The experience of the working flow of the political architecture of the Country is one which is framed to be coloured with tardy response of the political class to proactively address matters of concern. The slowish and deformative patterns of reactions to matters are usually entangled with more strings of perceptions and diversionary moves fraught with conflicting approaches which by and large have shown by experience to more or less heighten such subjects with troubling circumstances, rather than proferring lasting solutions.

As the separationist drum-beats continue to attract reverberating intonations, it is only rational for the political class to conduct and organise themselves in more enlightened manners of directing the course of perceptions in well coordinated navigations. The onus therefore lies on the political class to employ the best instrumentalities of reasons to convey platforms of deliberations where far reaching decisions can be made based on enlightened resolutions on how to hold the Federation in a sustaining light of development, employing the proper structural political response under an architecture that will naturally address the rising drum-beats of separation which are by and large unwholesome to the prevailing circumstances in which the Federation is enmeshed in.