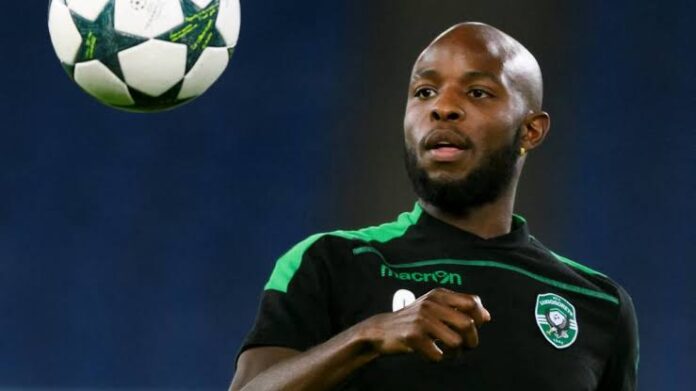 Democratic Republic of Congo’s winger Jody Lukoki has died aged 29, with the cause of his death currently unknown.

Lukoki came through the ranks at Dutch giants Ajax before spells with PEC Zwolle, Bulgarian club Ludogorets and Turkish side Yeni Malatyaspor.

The 29-year-old, who won three Eredivisie titles with Ajax, signed for FC Twente on a two-year deal last June but suffered a cruciate ligament injury in pre-season training.

Lukoki had his contract terminated by Twente in February for what the club described as “events in his personal life”.

Twente confirmed the passing of Lukoki on Monday in a statement.

“The club is shocked and deeply moved by this tragic event,” the club said.

“Twente sympathises with his loved ones and wishes them a lot of strength in processing this great loss.”

Zwolle also paid tribute: “PEC Zwolle has learnt with dismay and sadness of the far too early death of former player Jody Lukoki.

“Lukoki will forever be remembered as PEC Zwolle’s first goalscorer in an official European game. PEC Zwolle wishes the relatives of Jody Lukoki a lot of strength to bear this enormous loss.”

While Turkish side Yeni Malatyaspor added: “We learned with sadness the news that Jody Lukoki, who wore our club’s jersey in the 2020/2021 Super League season, passed away.

“Our condolences to his family and community.”

Lukoki represented the Netherlands at youth international level but opted to play for DR Congo, who he made his senior debut for in 2015.

All three caps for the Leopards came in friendly matches, with his last coming against Burkina Faso in 2020.