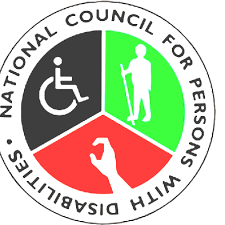 Lalu made the call in his address at an event to commemorate the second National Summit of PWDs on Wednesday in Abuja.

He appealed to stakeholders, particularly religious and traditional organizations to collaborate with the commission in creating the atmosphere that would give PWDs an inclusive life.

“The summit seeks to raise the consciousness of religious and traditional leaders in Nigeria to use their platforms and speak to their congregation and subjects to treat PWDs with dignity.

“It is also to encourage them to be part of discourse to develop the country to avoid harmful practices against them.

“There is need for maximum inclusion of PWDs in all spheres of human and national development. This will greatly help the country. “Lalu said.

Similarly, the President, Christian Association of Nigeria, (CAN), Bishop Daniel Okoh suggested that PWDs should be mainstreamed in churches and mosques and be assigned responsibilities to carry out during worships.

He further appealed to society not to be weary in helping PWDs in achieving their vision through deliberate inclusivity.

Meanwhile, the Sultan of Sokoto, Alhaji Muhammad Sa’ad Abubakar, affirmed his availability to work with the commission to actualize a more inclusive society for PWDs.

Also, the Advocacy Coordinator of Sight Savers, Mrs. Esther Bature said the implementation of policies to enhance the inclusion and protection of people with disabilities “is key’’.

Bature said the choice of religious and traditional rulers for the summit was to be able to drive the needed credibility in the minds of those who received the message on the inclusion of PWDs.

“You will agree with me that we all worship somewhere, if not in the church, it is in the mosque; and we listen to our religious and traditional rulers a lot.

“So, we want them to assist us in addressing the issue of stigma and discrimination,” Bature said.

Also, Hajiya Saddiya Umar Farouq, the Minister of Humanitarian Affairs, Disaster Management and Social Development appealed to religious and traditional institutions to foster social inclusion of PWDs in all activities.

Newsmen reports that Farouq was represented at the event by the National Coordinator of the National Social Investment Programme, Dr Umar Bindar.

Stakeholders from the Presidency, National Assembly, civil societies on PWDs among others were present at the event.