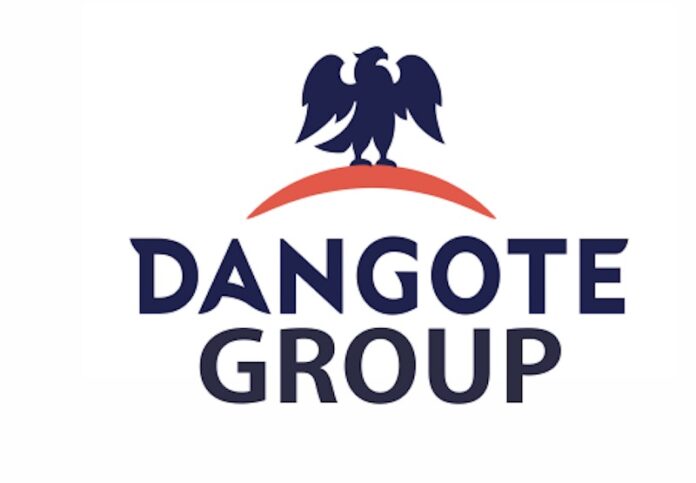 Despite the COVID-19 pandemic and expectations of economic contraction, Dangote Group has navigated the challenges associated with the pandemic to take a lead in contributing to the nation’s economic development ahead of other sectors like the banking industry.

Before the outbreak, the outlook for the world economy—and especially developing countries like Nigeria was fragile, as global GDP growth was estimated to be only 2.5 percent in 2020.

With the disruption of the economy by the pandemic, Dangote, a Nigerian multinational industrial and largest conglomerate in West Africa and one of the largest on the African continent, founded by Aliko Dangote has an outstanding and intimidating profile as one of the biggest tax payers in the private sector in Nigeria as well as the highest employer of labour which has contributed immensely to Nigeria’s economy. Already, the group’s cement company has paid income tax of over 40billion in the first quarter of the year 2021 to the national treasury from a revenue base of N332.65 billion as compared to the entire banking sector, which put together, made revenue of N1.23Trillion with a paid tax or liability of N42.26bn.

It is worthy of note that the cement company’s corporate tax of N40.39 for the first quarter of the year recorded an increase as compared to the previous year by 47.1 per cent, which stood at N27.47 billion in the last financial year.

There is no doubting the fact that the Cement Company has started the first quarter of the year 2021 on a positive note with the increased revenue base and profit made under this period.

The company’s profit after paying its tax currently stands at N89.7 billion. It is also worthy of note that the company has solely financed the construction of some major roads in some parts of the country, specifically the Lokoja-Obajana-Kabba and Lagos Apapa roads in Kogi and Lagos states respectively as part of its corporate social responsibility.

A financial report released by the company reveals that the growth recorded in the first quarter was as a result of deliberate efforts to improve their output from both existing and new assets towards recommencing clinker exports in the second quarter of the year.

The report reads in part, “We took the strategic decision to pause our clinker exports to ensure we meet the rapid volume growth in the Nigerian domestic market. We are improving the output of our existing and new assets and aim to recommence clinker exports in the second quarter.

“Our Pan-Africa operations have reached new heights, with an EBITDA margin of 25.5 percent and volume growth of 12.8 percent reported during the quarter.

“One of our priorities in 2021 is to strengthen our alternative fuel initiative. It focuses on leveraging the circular economy business model, optimising costs and reducing exposure of our cost base to foreign currency fluctuations.

“As ever, we are committed to keeping our staff and communities safe by being fully compliant with health and safety measures in all our territories of operation.”

Guinness empowers over 150 women in Imo