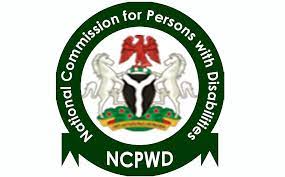 The National Commission for Persons with Disabilities (NCPWD) says it will spend N10 million in its fight against cancer among Persons With Albinism (PWA).

The Executive Secretary of NCPWD, Mr James Lalu, made this known when  the Chief Executive Officer of Albino Foundation,Jake Epelle and his management team visited the Commission in Abuja.

“The Commission is willing to commit N10 million of its funds for the year to support fight against skin cancer for persons with albinism.

“This is so that whenever the foundation’s funded programme ends, the Commission will continue and inject it into its system.’’

Lalu, who presented a copy of the 2022 to 2026 strategic plan document to the foundation, said the Commission would ensure that the nation tapped from the potential of persons with disabilities.

He said this would culminate in inclusion of persons with disabilities in all areas of national development.

Lalu assured the foundation of his readiness to formalise the partnership and collaboration through a Memorandum of Understanding (MOU).

He commended the Albino Foundation on the five strands of the European Union Disability Inclusion Project was championing.

He said that the project was a way of sending a message to the political leaders that persons with disabilities could participate in the system.

“Election vote-ability is something very important and sensitive to the disability community and we must demonstrate our voter capacity and capability in the nation today.

“Our proper participation in the political process is something that is very important to showcase the strength of the disability community for these politicians,” he said

Lalu expressed his commitment to collaborate with the foundation, especially in the area of data sharing for better information and planning.

He solicited for an MOU with the Albino foundation to enable the Commission identify its primary role and work towards achieving success on their programmes.

Epelle said the project was geared towards a more inclusive, participatory and representative democracy in Nigeria.

He said the foundation wanted to identify with the Commission on the strands of the project and emphasize that the Albino Foundation “is the face of disability in the European Union.

“We are doing this project not only by ourselves but guided by the Commission.

“So, we would be communicating with your team, briefing you every step of the way, asking for your open collaboration and partnership.”

Epelle urged the Commission to recommend sign language experts, who would work at the National Assembly.

He said the experts would be under the foundation’s payroll, using the existing project budget for a three years engagement.

According to him, the nominees will go through standard interview process using criteria that will be developed, making sure the right persons are hired.