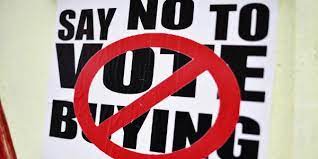 Nigeria’s electoral process is receiving certain ray of light in developmental courses. Although that the Country has not reached a formidable strength of desideratum is in view, yet, that new realities are taking shape cannot be totally discountenanced. Amendments of the  electoral law in series to guide processes and actions, introduction of advanced technologies to the processes for enhanced electoral management, new security and intelligence formations among others, have been observed in recent elections conducted in the Country.

The profile of electoral management in the Country cannot be said not to be receiving development, even if not at the pace of the desideratum. Pronounced narratives of electoral fraud and malpractices which largely do colour elections in the Country, are gradually having their grip loosing their strong holds.

Two recent elections, the June 18, 2020 Ekiti State and the most recent Saturday July 16, Osun gubernatorial elections, which are precursor to the 2023 General Elections are important in such discourse, as they form the major standing elections preceding the forthcoming General Elections. In these elections, troubles as  violence and bribery which used to form  strong grip against elections in the Country were largely not reported as the case used to be. For instance, the Police had on Saturday in view of the July 16, Osun Governorship election, mentioned that issues pertaining to violence and disruptions to the process, were largely put to check, while arrest, where necessary, were made to tame possible incidents of disruptions.

However, while the management of this particular poll was commended to be guarded with sanity, such cases of the electoral menace of vote-buying were not totally expunged from the process. This is  however, not to say that the menace wasn’t put to check. For instance, the Independent Corrupt Practices and Other Related Offences Commission (ICPC) announced its operatives on election monitoring duties, arrested three persons suspected of vote-buying during the Osun State gubernatorial election. A statement signed on Sunday, 17th July, 2022, by ICPC’s Spokesperson, Mrs Azuka Ogugua revealed two suspects, Kamorudeen Nafisat and Ojuade Musbau Olaniyi were arrested for alleged vote-buying, saying that an Android phone and a list containing names of voters was collected. The statement read, “At Ife North & Central Local Government Councils, Osun East Senatorial District, precisely at Polling Unit 7, Iremo Ward IV, one Dapo Olayode (M) was arrested by one of the Commission’s teams. Olayode was arrested with a list containing the names of voters while an Android phone was also collected from him. At Egbedore Local Government, Osun West Senatorial District, precisely in Polling Unit 003, Ward 10, Osunbukola Junction, Kamorudeen Nafisat (F) and Ojuade Musbau Olaniyi (M) were arrested by another team for alleged vote buying. Items collected from the duo included one Android Phone and a notebook containing a list of names of voters.

“A third team was attacked by a popular thug and his gang while attempting to effect the arrest of a vote buyer. The attack was at Polling Unit 1, Ward 7, opposite Polaris Bank, in front of Oba’s Palace, Esa-Oke, Ibokun Local Government Area. The vote buyer was caught with a list containing names of 100 persons expecting to be paid N5000 each. The team leader sustained serious injury in the fracas that ensued, but the team was able to retrieve the book containing the list of 100 voters. The statements of all the suspects are being taken under caution, and investigations are still ongoing.”

Hence, the incidences of the menace may be said to be by degree, and in this particular election, lower to erstwhile experiences.

Vote-buying is such malpractice of foul-play, which in saner clime remains strange and unwholesome to electoral processes. The phenomenon which has been known over time with election in Nigeria, as a strategy political stakeholders largely imbibe as push for victory, has been known to have its grip in influencing largely the outcome of elections in the Country. It’s pronounced grip is one of the distraught, which among others combine to flaw elections in the Country, defying the essence of such being adjudged free, fair and credible.

However, recent attention put in place to allay the system of election management from the fraught of vote-buying has begun to assume firm attractions. Emphasis put in place to clampdown on the electoral menace has seen increasing attention, building campaign against the phenomenon.

The June 18 Ekiti Governorship election was  noted to have recorded arrest of suspected vote-buyers.   The election was observed to have been rattled with pronounced resonance of vote-buying, a strong factor among others, which formed critical part in the deficiency records that shrouded the election.  Reactions by authorities, saw the Economic and Financial Crimes Commission (EFCC), arrested some suspects, including party agents, for allegedly engaging in vote-buying. Reports from observers revealed some of the suspects were also said to have been caught at a private residence with bags of money with a book containing details of voters of certain voting areas.

Stronger campaign to build resistance against the menace for future elections in the Country, particularly the forth coming 2023 General Elections is pertinent. One resounding parameter the Independent National Electoral Commission (INEC) has leveraged on is the use of security intelligence by strong collaboration.    For instance, in preparation towards the recently conducted Osun election,  INEC Chairman, Prof. Mahmood Yakubu at a special meeting of the Inter-agency Consultative Committee on Election Security (ICCES) which was convened in Abuja to review security arrangements for the Osun State Governorship Election, had expressed the Commission’s readiness to collaborate with stakeholders to curb anticipated cases of vote-buying in the election. He had disclosed that the EFCC would soon prosecute those caught in the June 18 governorship election in Ekiti state.  He had said, “Arising from the experience in recent elections, vote buying remains a major area of concern. We appreciate the role played by the anti-corruption and security agencies in apprehending some of the perpetrators of this brazen assault on our democracy. In particular, we are working with the Economic and Financial Crimes Commission (EFCC) to ensure the prosecution of persons arrested in the recent Ekiti Governorship election. Action will commence as soon as the EFCC completes its investigation. I appeal to all security agencies to continue to join hands with the Commission to tackle this menace.”

It is obvious the use of force to clampdown on recalcitrant elements, who despite warnings, would go ahead to device means to perpetrate the malpractice of vote-buying, is significant and has proven its worth, yet embracing other parameters to take the resistance beyond the use of force and total reliance on security intelligence will bear their strong significance too.

More concentration on long term enlightenment campaign for a paradigm and ideological shift, particularly on the part of electorates and political stakeholders becomes pertinent.

Also, creating structures of stern punitive actions against stakeholders found guilty of such menace is a way ahead as deterrent to recalcitrant political actors who would prefer playing the ostrich to get victory. Hence, as such mischievous elements device newer means to buy vote by circumventing the reach of security forces, building stronger intelligence system with ideological appeals becomes more significant for the electoral management body not to be dribbled in discomfiture in its drive to maintain sanity in the electoral process.