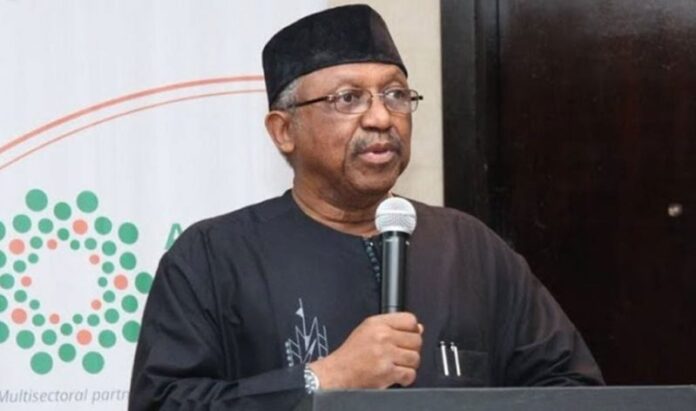 The Federal Government said it has introduced “One – for – One” policy to address the manpower gap in the health sector caused by the brain drain syndrome of doctors seeking greener pastures abroad.

Minister of Health, Dr Osagie Ehanire, disclosed this during his official visit/projects commissioning at the University of Uyo Teaching Hospital(UUTH) at the weekend.

He said, the policy will allow chief medical directors of hospitals to quickly replace doctors and nurses with similar seniority and qualifications but warned that, sanctions will be meted against any abuse of the privilege.

“Any abuse of the privilege would not be tolerated and to be met with severe sanctions,” the minister warned.

However, the minister differed on the brain drain syndrome involving doctors in Nigeria, noting that, a check from the Medical and Dental Council of Nigeria revealed that 3,000 doctors graduated from the country yearly, with 800 or 900 recruited into the service , while about 900 or 1,000 were leaving the country, which he submitted, was a healthy balance.

“ The problem is that we’ve been losing highly skilled manpower at the top and the replacement process has been slow.

“We are addressing that now by the “One For One” replacement model so that all the hospitals can now begin to fill in the gaps . You may not get a person with the same seniority but you can get same qualification and train the personnel to be able to fit into the gaps created,” he said.

Dr. Ehanire held that, health personnel migration was a global phenomena, not peculiar to Nigeria , saying that medical doctors train in British system were in high demand and Nigerian doctors were found to be good and reliable, hence their being sought for.

“There is a strong mobility of health workers depending on where they are going. They look for good salaries . I just think it will reach a point of saturation where they would not want to absorb any more,” he hoped.

While inaugurating the projects, the minister observed that the board and management undertook them in the midst of ravaging Coronavirus (Covid-19) pandemic, which caused untold economic recession but that, the Nigeria Health System was resilient enough to weather the storm of the pandemic.

He reasoned that since hospital plays a key role in the national health system, it must be continually strengthen and applaud the board/ management for their leadership, foresight and dedication, saying that, the Federal Ministry of Health under his leadership was committed to supporting UUTH in this regard.

“The federal government was committed to providing modern and efficient healthcare to the citizens in fulfillment of its mandate to Nigerians”, he said, praising President Muhammadu Buhari for his commitment in revamping the health sector and for increasing funding to federal hospitals more than before.

Ehanire assured that, the National Health Reform Committee headed by the Vice-President, Professor Yemi Osinbajo would find better recommendations towards more improvement in the sector to make best among other nations in healthcare.

The Chairman, Board of Management, UUTH, Senator Salihu Egyebola said that, when assuming office in 2016, programme of action was taken to give the institution its status as a specialist hospital.

Egybola stated that the institution had many projects initiated without completion while power supply and staff replacement necessitated by brain drain were all problems.

He lauded the management, staff, trade unions and the host communities for ensuring a peaceful atmosphere for the development of the hospital.

Akwa Ibom State Commissioner for Health, Professor Augustine Umoh who expressed delight on the transformation taking place in the referral hospital pointed out that, the state government had prioritized the health sector and embark on its massive development for the well-being of the people.

He remarked that the state which boasts of 42 general hospitals and over 400 Primary Health Centres(PHCs) and a specialist hospital, still needed a teaching hospital to complement the available health infrastructure.

Earlier, the Chief Medical Director of UUTH, Professor Emem-Abasi Bassey said when taking over the management of the hospital in 2018, infrastructure was lacking and therefore decided to undertake a baseline assessment to identify the challenges and proffer potential solutions.

This, according to him was followed up with the setting up of a vision and mission statement , with a six point agenda which drove infrastructural and strategic delivery for the completion of the nine projects for commissioning, just as work on other projects were ongoing.

Bassey said that the management did not embark on new projects until the completion of existing ones, adding that projects such as the school block was 90 per cent completed.

He listed some of the challenges faced by the institution to include; high cost of power generation with 40 per cent of the hospital’s revenue spent on power generated internally ; inadequate workforce, poor capital allocation; lack of accommodation for students ; aging equipment and lack of C.T. Scan, among others.

He also commended the federal government for settling arrears and entitlements of staff in the teaching hospitals but however requested for the payment of hazard allowance as due.