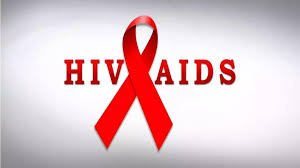 The Network of People Living With HIV/AIDS (NEPWHAN) in Cross River has advised Nigerians to embrace testing in order to ascertain their status.

The Chairperson of  the association, Ms Cicilia Ofum, told  Newsmen in Calabar that shying away from testing would not prevent HIV.

Ofum, who asserted that it was better for people to know their status early and join a support group to commence free treatment, said contracting the virus was not the end of life.

“I want to advise everyone to present themselves for HIV testing because your being afraid of test won’t prevent you from contracting the virus if you are exposed.

” So it is better you know your status early.

“I have lived with the virus for 15 years and I take my drugs everyday and I am fine, looking healthier than a lot of people out there.

“We no longer see people who have contracted the virus looking like skeletons on our roads because today’s carriers are well taken care of,” she said.

According to her, anti-retroviral-drugs had always been available even during the lockdown.

She thanked the government and other implementing partners for their support and the decentralisation of the locations where the anti-retroviral-drugs could be received in communities.

“We have about 80 support groups in the 18 local government areas of the state and about 3,000 members who are on treatment; so the decentralisation initiative was excellent.

“However, the major challenge for many of our members is not the virus but hunger because the drugs are given regularly and free of charge but the economic situation is a problem.

“From our national headquarters, some members were supported with conditional cash transfer of N25,000.

” Many of them put it to good use by starting small businesses, but the money did not go round,” she said.