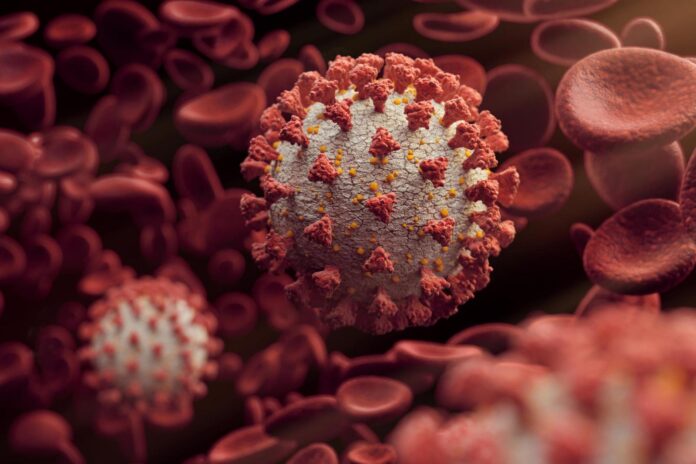 The widely reported cases of the recent COVID-19 pandemic in China is an evidence to the federal government of Nigeria to put a red alert in all the nation’s borders including   airports, seaports and landports across the four walls of the country.

In December 2019, a cluster of a typical cases of pneumonia were reported in individuals who had come in contact with the Human Seafood Market in Wuhan, China.

The causative agent was soon identified to be SARS-CoV-2 – a novel member of the Betacoronavirus family. By the end of January 2020, the World Health Organisation (WHO) had declared the outbreak a Public Health Emergency of International Concern (PHEIC), and by March 11, 2020, a full-blown pandemic.

On February 27, 2020, Nigeria recorded its first case of COVID-19 in an Italian man who had gained entry into the country over 48hours earlier and travelled inter-state before developing symptoms and eventually deciding to self-isolate. This incident marked the onset of the COVID-19 outbreak in Nigeria, resulting in 46,577 confirmed cases and 945 deaths by August 10, 2020.

This viewpoint evaluates some of the response strategies deployed by the Federal Government to flatten the curve, by highlighting the series of events that  played out before and after the arrival of patient zero. Prior to the arrival of patient zero, the Federal Government through its disease outbreak response agency – the Nigeria Centre for Disease Control (NCDC), had taken certain measures to prevent the entry of the virus into the country or ensure its rapid detection on arrival. Some of those measures included: increased surveillance at ports of entry through temperature checks, travel history documentation and collection of contact details of passengers arriving from COVID-19 hotspots; activation of the National Incident Coordination Centre (ICC) for coordination of preparedness/response efforts and the development of the Surveillance and Outbreak Response Management System (SORMAS) and the Mobile Strengthening Epidemic Response System (mSers), which were instruments of the ICC deployed for case-based reporting and aggregate reporting of suspected cases respectively.

Following the arrival of patient zero, the Federal Government instituted the COVID-19 Presidential Task Force (PTF) to provide daily updates on the evolving situation of the outbreak in the country to the public. However, little planning went towards the preparation of palliative measures for the citizens in the event of a nationwide lockdown and enforcement of the self-isolation directive for individuals coming into the country from COVID-19 hotspots was lax.

This was evident in the fact that the index case had traveled inter-state on arrival into the country, making primary and secondary contacts and not self-isolating until he became symptomatic. A more confusing scenario was the refusal of the government to institute a travel ban on flights from the most hard-hit countries, until about 3 weeks from the date the first case was reported, a time by which many believed was a little too late, as the virus had gained sufficient entry into the country to trigger the ensuing community spread.

Following an accelerated spread of COVID-19 in Nigeria, the Federal Government ordered an initial 2-week lockdown on March 30th, in two states (Lagos and Ogun) as well as the FCT, which was extended by an additional 2 weeks on April 13th. With a teeming population of over 200 million people, 50 per cent of which were living below the international poverty line of US$ 1.25/d, the informal economy represents a crucial lifeline for the increasing number of people unable to secure white collar jobs in Nigeria. The National Bureau of Statistics (NBS) reported that the informal sector was responsible for 80 per cent of job creation in 2019 and contributed 58 per cent to the nation’s Gross Domestic Product (GDP).

According to a well-known government expert, the likelihood of a significant COVID-19 recovery in China over the coming months is slim because 80 per cent of the population is infected.

The report revealed that the ongoing Lunar New Year holiday may spread the pandemic and increase infections in some areas, according to Wu Zunyou, the chief epidemiologist at the China Center for Disease Control and Prevention, who also stated on Saturday that a second COVID wave is unlikely to occur in the next two to three months. This is due to the fact that the epidemic’s current wave, which is mostly being caused by various Omicron strain sub-branches, “has already infected 80 per cent of the population,” according to a report on the social media site Weibo.

There are growing concerns about potential outbreaks in rural areas that are less prepared to handle huge numbers of diseases due to the anticipated five billion passenger trips.

According to government statistics, nearly 60,000 COVID-19 patients had passed away in hospitals as of January 12. This was about a month after China abruptly ended its zero-COVID policy.

Disturbed by the resurgence of COVID-19 in China, medical bodies in Nigeria have expressed worry about the Federal Government’s refusal to place travel restrictions on inbound passengers from China in the country.

According to them, Nigeria does not have adequate human resources to handle another pandemic as a result of the massive emigration of health workers to other countries.

The President of the National Association of Resident Doctors, Dr Emeka Orji emphasized that the government should make plans to protect its citizens from a resurgence of COVID-19.

Though, the Nigeria Centre for Disease Control and Prevention has maintained that country-targeted travel restrictions including requests for PCR-negative tests from incoming travellers had little or no effect on preventing global and national circulation of omicron since the emergence of this variant and its relatives with their shorter incubation period.

This is not enough as the federal government needs to take a drastic measure by suspending all inbound and outbound flights operations from China to monitor the situation effectively before lifting the suspension in few months.  The over concentration in the 2023 General Elections next month by Politicians must play along with introducing COVID-19 measures considering the fact that health is wealth.