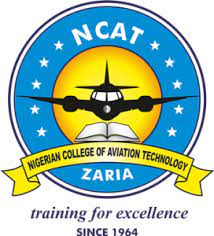 The Chief Executive Officer of Nigerian College of Aviation Technology (NCAT), Zaria, Moddibo Alkali Mahmud, has disclosed that the institution is set to deepen training for pilots and engineers with the purchase of a training aircraft manufactured in Hungary.

He revealed this while speaking to the League of Airports and Aviation Correspondents (LAAC) during the just concluded the one-week training programme at NCAT, Zaria, earlier in the week.

According to Mahmud, the aircraft would also increase the number of aircraft in the school’s fleet.

He said that the school has gone to Hungary with the officials of the Ministry of Aviation and the Nigerian Civil Aviation Authority (NCAA) to inspect the manufacturer’s factory and that sooner or later, the aircraft will start arriving the college.

“We are moving another step higher. We are thinking of getting Magnus, which is another airplane that is manufactured in Hungry. We have been to their factory with the NCAA and the Ministry of Aviation. We conducted our technical inspection; sooner or later, we will start to have those machines here.

“The advantages of that machine are that it is made from carbon fibre, very light and it uses Premium Motoring Spirit (PMS); the type used for cars. It is going to be less expensive to run with that aircraft,” Moddibo said.

The NCAT boss said that something unique about that aircraft is that it has a parachute of its own, adding that if an engine is lost while airborne; the parachute will be deployed for safe landing.

“With this, you have saved a life and the equipment. The parachute is there for you in case you lose an engine and the aircraft has only one engine,” he added.

The Aviation Don further shed more light reasons why the fire flight simulators had not been put into use noting that the equipment is undergoing certification and  in the second stage of verification.

He added that on completing the second stage, it would be certified by NCAA.

“The equipment is an automated firefighting simulator, which gives room for simulating incident and accident activities that require fire. The firefighting simulator is undergoing the process of certification; we are in stage two of the verification process and the NCAA is responsible for issuing certificates for the equipment and it cannot give out certificates until the processes are completed. As soon as the second phase is completed, the machine would be put to use,” he said.

The NCAT Rector said that the major challenge he has been facing since he resumed office as rector is paucity of funds and that it is not peculiar to the school.

According to him, “Life is never straight; it consists of ups and downs, nothing is straightforward in life. We do have challenges here, but the most pressing issue here just like somewhere else is funding.

“The funds are not sufficient for our day-to-day running and the Internally Generated Revenue (IGR) is also inadequate. So, we are trying to see if we can get more IGRs to carry out our mandates and improve our facilities and hostels.”