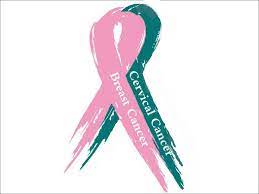 The Medical Women’s Association of Nigeria (MWAN) has screened 613 women for breast and cervical cancers in Cross River between Nov. 2021 till date.

Dr Vivien Otu, President of MWAN in Cross River, disclosed this on Wednesday in Calabar during the 36th Annual General Meeting and Scientific Conference of the association.

Otu said that the women were screen at the Well Women’s Clinic in Calabar.

According to her, suspicious and positive cases were referred to the University of Calabar Teaching Hospital for expert management.

She said that most of the clients were indigent, which poses a major setback preventing them from getting medical treatment.

While listing her achievements in office, she said the association had continued to foster unity among its members.

“We have continued with screening for breast, cervical and prostate cancers during health outreaches and at our Well Women’s Clinic, Gender Based Violence clinic as well as school health programmes.

“Our Well Women’s Clinic continues to run monthly with increasing base. So far, we have screened 613 women for breast and cervical cancers.

“Important World Health Days were marked with activities that impacted positively on the targeted populations. These include World Cancer Day, International Women’s Day, World Breastfeeding week and many others.

“This executive takes sisterhood and welfare of members seriously as we have consciously and deliberately celebrated blessings of childbirth, weddings and overwhelming success at the post graduate examinations,” she said.

She solicited support for women, especially those breastfeeding, adding that they face a lot of challenges during the period; hence they need assistance from all concerned individuals in taking care of their babies.

Chief Judge of Cross River, Justice Akon Ikpeme, who spoke on the theme of the conference “Breaking the Bias in Leadership and Governance”, said that most women have been denied the opportunity to serve at higher offices.

Ikpeme said that the role of women in nation building can never be over emphasized, hence the need to allow women amplify their voices at the “boardroom”.

She observed that cultural and institutional background have continued to be barriers hindering women from getting to top leadership positions.

“Any law that affects women and does not affect the men is biased. Most women have been denied leadership positions from the state of their husbands and this is not supposed to be so.

“I urge our men to see the good in women, treat them with a sense of pride and dignity and see the best in them.

“At all times, we must encourage the girl-child to take up challenging careers, encourage women to contest for elective positions and also encourage them to challenge the infringement of their rights,” she said.