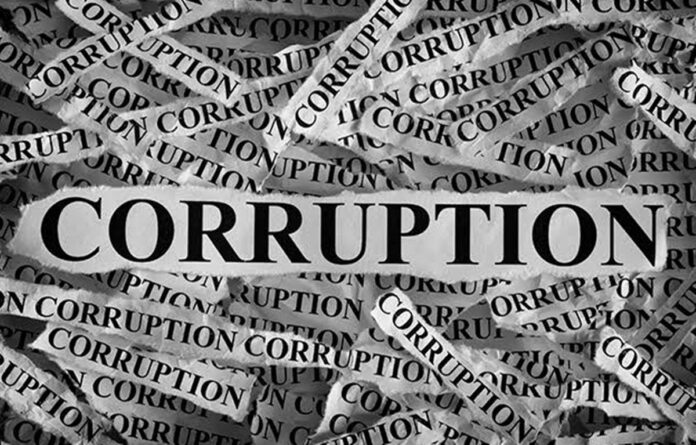 Statutory deficits have been identified as one critical subject in the deficiencies mitigating against corruption fight in Nigeria. The call for modifications and enactment of new laws to redefine the statutory frameworks of corruption offence trials have, over time,  been on course since the fight against corruption have largely seem frustrated. The arguments have expressed insight into the weaknesses of laws too feeble to deter the syndrome of corruption in the Country.

While identification of structural deficiencies in the judicial system have been on course, the calls on the legislative arm to enhance the laws ruling the trying of corruption offences have been a vibrant one over time, which indeed is still much very lively, given the prevailing narratives in the Country. It would appear however, that since the chain which forms the constitutional structures of the Country, as a presidential system are intertwined, the role of every of the arm of the government is of necessity: Thus, demanding that every organ must be lively to the significance of its contributory factor.

On Thursday, 12th, May, 2022, President Muhammadu Buhari  signed into law, three bills aimed at improving the anti-money laundering and counter terrorist financing/proliferation financing framework in Nigeria. The bills are the Money Laundering (Prevention and Prohibition) Bill, 2022; the Terrorism (Prevention and Prohibition) Bill, 2022; and the Proceeds of Crime (Recovery and Management) Bill, 2022.  President Buhari had while signing the bills into law at the Council Chamber, State House, Abuja, mentioned the laws were in tandem with his administration’s commitment to fight corruption and illicit financing activities, as well as critical to the governance agenda and the development of Nigeria. He noted that the inadequacy of all the repealed Acts had impacted legal actions against offender.

On the highlights of the legislation, he was quoted:  “The new laws have provided enough punitive measures and containment strategies against abuses and compromises. We will not rest until we rid the nation of the menace of money laundering, terrorism, and other financial crimes.  The signing of these Bills into law today strengthens the Anti-Money Laundering/Combating the Financing of Terrorism (AML/CFT) framework in the Country. It also addresses the deficiencies identified in Nigeria’s 2nd round of Mutual Evaluation as assessed by Inter-Governmental Action Group Against Money Laundering in West Africa on compliance with the Financial Action Task Force global standards. The repeal of the Money Laundering (Prohibition) Act, 2011 as amended and enactment of Money Laundering (Prevention and Prohibition) Act, 2022 provided comprehensive legal and Institutional Framework for prevention and prohibition of money laundering in Nigeria. It also confers the Economic and Financial Crimes Commission, the legal status of the Special Control Unit Against Money Laundering. The laws provided for the effective implementation of international instruments on the prevention and combating of terrorism and suppression of the financing of terrorism.

“The enactment of the Proceeds of Crime (Recovery and Management) Act, 2022 makes comprehensive provisions for the seizure, confiscation, forfeiture and management of properties derived from unlawful activity. The new law mandates the creation of dedicated accounts for the proceeds of crime and other confiscated assets, to enhance the accountability of the process.

“I have therefore taken time to note the emphasis placed on collaboration, synergy and unification of strategies and measures to combat the scourge of Money Laundering and terrorism financing and proliferation financing in the Act. The primary objectives of these measures are to ensure effective, unified and comprehensive legal, regulatory and institutional framework for the implementation of the Acts.This is profound and calls for coordinated responses to the challenges posed by the menace. I therefore charge all relevant agencies to ensure effective implementation of these new laws. The robust frameworks diligently enshrined in the Acts can only serve useful purposes when every bit of them is enforced.”

That though the present administration noises the elimination of corruption  as a focal pillar of its agenda, yet has achieved little or no comprehensive outcome in its fight, could not be largely expunged from the prevailing weakness of the legal system and statutory provisions to effect same elaborately.

Hence, it has become of note that the lacunas of the statutory framework of laws have left exploitative grounds for corruption culprits to have their days, frustrating meaningful process to bring them to book. The roving of the system within this fragile region has from some angle been argued to be deliberately left rigid, since those who would effect their changes are mostly the corrupt ones who the biting framework would hunt if put in place – hence, the prevailing disposition for tardy approach for a close static profile in the statutory framework guiding the prosecution of corruption offences.

Practically, the overburdened system fraught with frustrating devices, given ambience by the lacunas, has seen prosecuting corruption cases to a conclusive end, a costly luxury. Where their verdicts are given, it has remained mindboggling that the punitive verdicts are largely inconceivable and irreconcilable with the enormity of offence committed.

It has become of necessity that the custodians of the State apparatuses, from all quarters of the existing arms of government, turn to  redefining the statutory framework guiding the trial of corruption cases, from the parameters of investigation to the final provisions of verdict. Developing the architecture to a potent strength of reckon, such that corruption offences are tried with stringent drive that would dispel the flagrant embrace to corruption syndrome in the Country, particular within the public sphere, is paramount.

The scourge of limitations posed by corruption against the Country, has left conditions inconceivable for the  populace, by all means defying the enormity of resources the Country is blessed with. Where the intention of fighting corruption may exist, such would only remain in the corridor of wishes, if drastic and frantic efforts are not deployed to modify and vitalise the statutory framework ruling the charge against corruption offences in the Country.

Tariff Review & Power Failure: Increase at this time is irreconcilable