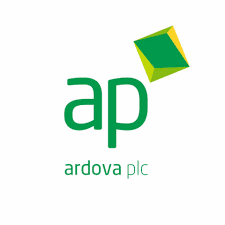 An indigenous Oil and Gas downstream company, Ardova Plc has denied it is facing a winding up charge over the alleged $6 million debt owed to Zenon Petroleum and Gas Limited (Zenon) by Ignite Investments and Commodities Limited (Ignite).

News was making the rounds earlier this week that Zenon Ltd had filed a Winding Up petition against Prudent Energy and Services Limited over the inability of the latter to repay a debt of $ 6 million.

Prudent Energy & Services through its entity, Ignite Investments and Commodities Limited owns 74 per cent of Ardova Petroleum, a company listed on the Nigerian Exchange.

While reacting to the news, Ardova stated there were no claims against the company as an entity, stressing that there are no winding-up petitions threatened or filed against it.

The statement by the company partly read, “Attention of the Management of Ardova Plc (Ardova or the Company) has been drawn to news circulated in various media publications on 8 August 2022, which seem to include Ardova Plc in a report of a ‘charge’ to wind-up Prudent Energy & Services Limited (PESL) over an alleged inability to pay $6 million debt presented to the Federal High Court by Zenon Petroleum and Gas Limited (Zenon).

“Ardova Plc hereby states that the story is misleading and presents the facts of the matter as follows.

“The issues relate to the claims and warranties under the Share Purchase Agreement (SPA) between Ignite Investments and Commodities Limited (‘Ignite’) and Zenon together with its affiliates for the acquisition of shares in Forte Oil Plc (now Ardova Plc).

“However, the Company has faith in the dispute resolution process and believe it will culminate in a just resolution of the issues.

“Ardova wants to avoid being drawn into a media spectacle and consider it important to clarify that this report relates to a dispute between former shareholders and a current shareholder and has nothing to do with Ardova Plc as a separate entity.”