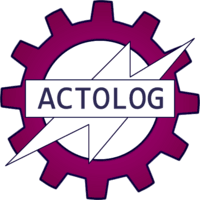 The Managing Director of Actolog Solutions Limited, Mr. John Akadu, has revealed the company’s plans to introduce into the Nigerian clean energy industry, the first of its kind full solar power, designed to profer remedy to numerous power challenges in the country.

Akadu stated this in an exclusive media interview with the Nigerian NewsDirect in Lagos.

He said this solution is unlike those currently gracing the markets which are very synonymous with big batteries that look like “Trailer battery,” thus occupy too much space.

He noted that the “lead-acid battery that is currently used for inverter/solar installations is supposed to give you 50 per cent of their rated capacity.

“For instance, if you had a 100AH battery, the global standard is that it will give you about 50AH when you are using it.”

He revealed that this new invention, courtesy of Actolog solution Limited, will be embedded with “lithium-ion power battery which is almost the same battery as you have in your phones. It’s not going to be a big heavy-duty battery.”

He further added that normal battery of inverter currently in the market “is rated to last you for about 2-4 years before replacement, depending on the number of full discharge cycles.”

He said, unlike the lead-acid batteries, the lithium batteries will require no replacement until after 10 years of uninterrupted usage coupled with three years factory-warranty, which according to him, is novel in the industry.

In his words, “No one will give you more than one year warranty but we are giving three years factory warranty, 10 years design life on the equipment with 25 years design life for solar panel, adding that battery will need no repair and replacement until after 10years.”

He added that “unlike the regular batteries that are built with 100AH which you can only draw 50 percent of it that this new invention is better.”

He further disclosed that regardless of the number of times you charge, the battery never dies, declaring that it is better than good quality phone battery.

Akadu stated that the demonstration will soon commence as Actolog solutions Limited had sought approval from banks that have remained expectant of the new invention slated to be test run on Automated Teller Machine (ATMs) in the country.

He said the reason Actolog Solutions has been slow in solar solution “is because the ones around are not reliable. Until we get a solution that fits our name and image, we will not go into it.”

“Before we even went into this new agreement, we have had a complete solar solution installed outside our office for two years which we have used to test run the inverter we want to sell,” he disclosed.

He bemoaned government failed exploits in powering the major street lights with solar inverters only to be downed after six months.

He, however, urged the government at levels to use “All in one solar street lights with lithium-ion battery, which is movement-sensitive, and light-sensitive.

He said, “When at night, the power comes on by itself. In the morning when it sees sun and it starts charging, it goes off automatically.

“You need not do any maintenance except to clean the solar panel every 3-6 months. It will work like that for about 10 years. You do not need fuel. You do not power from PHCN. It is movement-sensitive. When it sees movement, it brightens up. If there is nobody around, it automatically dims and conserves power.

“The solar light can work for three days even if there is no sun. So for days that have 3-4 hours sunlight or on some rainy days, the stored battery power can last for three days and keep the street light working. This cannot go wrong, and that’s why we test-ran it for two years before we ventured into it.

“The normal battery you see around is rated to work at 25 degrees room-temperature. So you should have air conditioning to get the best from your lead-acid batteries because our standard temperature is between 30-35. That is why most batteries die fast.

“The beauty of this battery is that it can work from -20 degrees to +60 degree Celsius. That is why no matter how much heat hit solar light, it doesn’t matter because it is designed to work for up to 60 degrees Celsius. We are bringing this into the country not just for the solar street lights, but into the homes.

“It doesn’t need servicing or repairing. This is the next phase we are looking at apart from the provision of big power back up of upto 1000 KVA and we can cascade it by 8 units to provide up to 8MVA power output! That can power any Industrial loaf you can imagine”.

On dearth of clean power by some companies, Akadu said, “most companies do not know that there is an industrial UPS. What comes to mind is that small thing on their tables when you mention UPS. Most manufacturing companies spend millions of naira on diesel to power their generator.

“This technology can suffice them with little and then with no cost of repair. There is 1000KVA to 8000KVA which are higher than the capacity of power one receives from the generator,” he concluded.