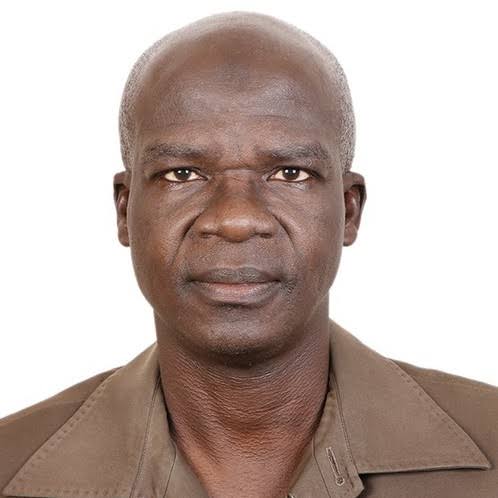 With a rare attribute, the likes of which had never been seen in the firmament of Nigerian political landscape, the Commissioner for Information and Strategy, Alhaji Waheed Odusile, in this interview with NIGERIAN NEWSDIRECT, explains how Ogun State Governor, Prince (Dr.) Dapo Abiodun is sourcing for funding, not only to undertake new projects in the state, but also to complete the abandoned projects by his predecessor. He also discusses the underlining factors behind the Governor’s rigorous local government election campaigns across the twenty local governments in the state.

In the last one week, the team of his Excellency, and his entire executives have been on the field campaigning for local government elections across the state. Why was the campaign so intensive?

It’s a two-way thing. First, it’s an opportunity for his Excellency to meet the people after his election. COVID-19 made us lose a year to thank these people for their support. It has been tremendous so far.

During the election even after he was sworn, in spite of the court cases, the people stood by us. So it was an opportunity for the Governor to thank the good people of Ogun State for their unflinching supports.

The Governor said at one of his campaigns that when he was coming over two years ago, there was nothing to campaign with even though the party was in power. The development was so one-sided that other places lacked few social amenities than the others. Perhaps there was no basis for these people to continue with the party then. But for the sincerity they saw in Prince (Dr.) Dapo Abiodun, people actually voted for him. So it was like when we were coming, you didn’t know us.

The campaign was rigorous because we want to thank the people for the opportunity given to us few years ago, as well as renew this support again in the local government elections. Unlike in the past when we had nothing to show as a party, now we have something to show. That is just the basic message of the whole campaign. We went to all the twenty local governments in the state.

Governor was seen raising the hands of party flag bearers at every local government he visited. What does this signify?

What is the assurance that your party will be victorious in the coming elections and what’s your impression about all the candidates?

Well, I don’t speak for the party. But I was with the Governor throughout the campaigns. Judging from the people’s reactions and the messages sent to them by the Governor to vote for the candidates, I want to believe that it will be a successful story on Saturday.

From all the campaigns for this LG elections, what lessons are you going to take for 2023?

We have tested the pulse of the people. And it’s been fantastic. The turnout and support have been massive and we also used the medium to hear from them. They thanked the Governor for what he has done and also told him what they expect from him in the coming days.

In the last two years, all the plans of government were not just drawn up. They were generated from bottom-up. That was his programme, and hehave been so popular with the people because he is doing exactly what they want him to do. And going again on the campaign tour further gave the people the opportunity to tell the governor more about what they need. These are things we will take back to Oke-Mosan and distill it to see how we can meet people’s expectations in the next two years. It gave us valuable feedback from the people who voted for us. So it was a two-way thing and very fantastic.

Some of the uncompleted projects of Senator Ibikunle Amosun have been completed by this Administration? How do you go about the funding since there are a lot of burdens on this government?

There is a saying that where there is a will, there will be a way. At most of the campaign rallies, one of the things that people commended him for was his decision to complete the abandoned projects by his predecessor. It has never happened anywhere in Nigeria. In fact, some people have nicked him as ‘Governor Ko’se le ri’.  The thing we were used to before was government coming in to abandon what their predecessors had done to pursue their own project. So were subsequent governments after. That is why we have so many abandoned projects all over the place.

However, that’s not the case in Ogun State. How he has been able to get the funding, I will attribute that to his economic ingenuity. We are shoring up our IGR and our target is 100 billion Naira. Judging by what the Governor said few weeks back, we are on track in achieving just that. When people see what the government is doing with their tax revenue, they will be willing to pay and pay more.

The case of kidnappings has nosedived and reduced in Ogun State unlike before. What magic is the government doing to achieve this feat?

We thank God and our security team. The Governor is the Chief Security Officer, so he is constantly in touch with the security teams. And one major thing I will need to draw people’s attention to, stem from one of the campaigns. Somebody observed that each time we went out, every morning when we are going out for campaign is that in the morning there is always an Ambulance.

Someone then observed that each time the ambulance went out, it always came back empty. That shows the campaigns have been so peaceful. This is also flowing from the attitude of the Governor to issue of due process and democracy. He gave an open playing field to everyone. That’s why even those who lost out did not complain. This is because they have seen the transparency in the process. And about security, the people are taking their security  issues serious by cooperating with the government. All the security apparatuses including the traditional hunters and the local vigilant groups are working together. So everyone is involved in the issue of security through out the state. And then the Governor himself made it clear that the state will be too hot for anyone who wants to carry out any criminal activities which include kidnappings.

FCE, Technical, Akoka has benefitted about N2bn from TETFUND — Provost