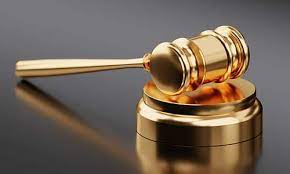 The $3.1 billion suit on Customs Modernisation Project instituted against the Nigerian Government at the Federal High Court, Abuja, suffered a setback on Tuesday as one of the parties disowned the suit.

However, at Tuesday’s proceeding, E-Customs HC Project Limited, listed as the first plaintiff in the suit made a dramatic U-turn and announced its decision to pull out of the court action against the government.

In a withdrawal motion, brought by its counsel, Ugochukwu Nnoli, the company alleged that its consent and authorisation were neither sought nor obtained by the second plaintiff, Bionica Technologies (West Africa) Limited before dragging the Federal Government to court.

E-Customs HC Project Limited claimed that it had a joint venture company and a Special Purpose Vehicle (SPV) promoted by Bionica Technologies (West Africa) Limited, the 2nd plaintiff in 2019 with equal shareholders standing.

E-Customs HC Project Limited, however, said the purpose of forming a joint venture to bid for a contract for service to the Nigeria Customs Service (NCS) had since failed and consequently it had applied to the Corporate Affairs Commission CAC for a voluntary winding up.

The company asserted that using its name as the first plaintiff to obtain or seek further injunctive reliefs against the Federal Government was tantamount to obtaining by false or fraudulent misrepresentation.

Specifically, E-Customs said it had no grouse any longer against the Federal Government.

The company further said that the crux of its application was not just about which of the two lawyers to represent it but on the much more fundamental question of false and wrongful commencement of the suit in its name as an unwilling litigant.

It further said the name E-Customs was generic and that it had not registered the same as a trade mark or trade name and does not object to the use of the name by any person.

The Company further stated that it was anxious to escape any criminal liabilities that may result from disclosure of privileged communication protected by the Official Secrets Act.

However, following the appearance of two lawyers for the company at the proceedings, Justice Inyang Edem Ekwo adjourned the matter to December 6 to enable the two lawyers, Ugochukwu and Anone Usman put their house in order.