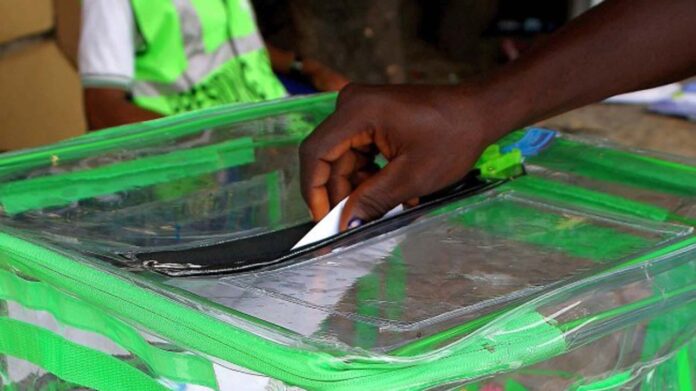 Political awakening among the youths in Nigeria is apparently becoming a course gathering momentum. The drive towards same, recently began to attract traffic of interest, as a campaign for youths to, at least begin to take considerable quota in the sum of political offices, if not take over the ruling architecture of the Country from the prevalent domination of the current political juggernauts. The turn of attention to the youths has been largely borne by what is perceived as the disappointment and perceived failure of the dominating political class of juggernauts to take the Country through the trajectory of growth and development over the years. The inability of successive administrations formed among these crop of political class to neither transform the Country, nor change the narratives of poor governance ridden with maladministration, corruption, and mismanagement, among other deficiencies, have insighted loss of hope among many.

Demanding another set of political class driven by youths with what has been tagged the concept of “fresh blood” into the system has  been gathering cloud. The arguments have been anchored on the premise that if the rotation of power among thesame cycle of political class which have dominated the system, has left the Country in shambles, then infusing a new set of “fresh blood” into the system would be a trial for transformation.

The question of youths’ participation however, appears to be broadened in its various wings of perceptions. In the context of the most resounding affair within the Nigerian political climate — the 2023 general elections — one of the questions would rightly be those gathering thoughts around the nature of youths’ participation. Since the question has been on redefining a failing system, it would rather demand that the conduct of the youths be largely one of enlightened culture, reflecting distinct ideologies with pragmatic approaches, speaking excellence of thoughtfulness and brilliance in participation, not only as electorates and supporters, but also as candidates vying for positions.

Concerns over the youths’ disposition to the elections have continued to portray the need for them to act intelligently and civilly in the democratic process. A youth oriented organisation,    The Youths for Governance Group, on 14th June, 2022,  called on Nigerian leaders to ensure the inclusiveness of youths in politics. A statement  by the group mentioning the sacrosance of Nigerian youths’ participation in  politics, partly read, “The docility and cruel marginalisation of the youths in government at all levels must henceforth be repudiated. The youths have been docile for too long. Though we are told that we are the leaders of tomorrow, that “tomorrow” seem like a facade that may never come to fruition.

We are here to challenge the authorities at all levels that youth inclusiveness in positions of leadership must never continue to remain in the realm of options. We have woken up from our deep sleep and now poised to take our rightful place. We crave for a society where youths will be included and participate actively in politics and leadership. It is an unimpeachable fact that the various military juntas gave youths more opportunity to be at the policy and decision making table. Then, we had heads of state who were far below the age of 50. Ditto to military administrators in some states. But today, we have men in their 60s and 70s standing as councilors in the local government councils, the lowestcadre of political leadership. Sadly more, we have old men of over 60years of age serving as “youth leaders” at various levels in some Political parties leadership. This trend must stop henceforth. No nation can move forward under this circumstances.

“We are also not unmindful of the shenanigans of some of our youths. We hope to discuss, recommend and bring forth some of our finest and incorruptible hands, while we retool the minds of the questionable into more productive and fecund engagements.”

It is however, plausible to state that only a change in  orientation among the youths can drive such move to evoke a drastic change in the narratives of the  political architecture of the Country.  Where a reflection of same tendencies of the prevailing do-or-die violent-driven culture ridden with deficiencies of uncivil disposition, against the tenets of democracy, are still found among the youths, then the expression are of no difference from the prevailing order and hence, the results should not be expected to be different from the subsisting failing culture. Where youths still allow themselves to be used as agents of thuggery, violence and do-or-die politics, the clamour for a transformation would only be a facade.

Thus, it is rational that only a broad enlightened posture by the youth is needed, with excellent disposition towards not only selecting the right candidate of choice, but also excellently doing so with all sense of responsibility and critical assessment to get square pegs in square holes, who are credibly fit for each position across the length and breathe of the  Country at all levels of government.

To transform the Country from its woes, is a demand that cannot survive without the active participation of the youths. However, in as much as the input of the youths is needed, it is sacrosanct such participation be driven by an overarching enlightenment among the youths in their posture and disposition to political processes, particularly towards the nearest matter at hand — the 2023 general elections. Where youths still groove within the cycle of cheap influence as agents of disruptions to due process, the culture to breathe the much desired atmosphere, is still feared to be far away.