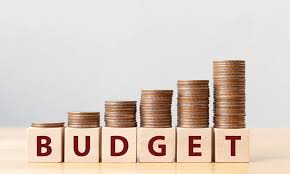 Nigeria’s debts have not ceased to put many to concern as the fear of the future impacts of rising debt profile amid harsh uncertainties of the Country’s economy, pose oblique sight before Nigerians. Worries have been heightened, particularly as tangible positivity apparently remains scarce to behold without concrete outcomes from the recurrent borrowings in recent times.

The fact that the 2022 budget is already conditioned to be partly financed by borrowings to the tune of N7.35 trillion to cover for the deficits, heightens the fear of already provoked and agitated minds of many Nigerians. At the heels of the passage and signing of the 2022 Appropriation Bill into law last December, of the foremost subjects of discourse over the N17.126 trillion budget was the provision for borrowings to finance the deficits. While the early passage and signing were applauded, debates on the intended borrowings were mind blowing.

October 08, 2021, following the 2022 N16.9 trillion  Budget estimates presentation of President Muhammadu Buhari before a joint session of the National Assembly, the Nigerian Association of Chambers of Commerce, Industry, Mines and Agriculture (NACCIMA) though welcomed the timely presentation of the Budget estimates to the parliament, yet cautioned the Federal Government’s plan to continue to borrow to finance the budget. A statement by the National President, NACCIMA, Ide JC Udeagbala, had read: “There is a need to watch the rising profile of our debt. An increase in deficit to N6.26 trillion, which is to be funded by borrowing is worrisome. While it is an accepted fiscal option across the world, for countries to resort to borrowing to finance shortfalls in their budgets, there must be caution in what component of the budget will be financed by the budget. A sustainable debt profile requires that borrowed funds must be used for critical infrastructure projects that will enable payback of these loans.There are speculations that the borrowings have been encouraged by projections that the Nigerian economy will grow by 2.4% in the year 2022 well above earlier projected GDP growth of 1.8%. It was also said that the decision on scaling up borrowing is based on assurances of revenue from the prices of crude which now hover around $80 dollars well above $57 backed by projected, 1.88million barrels a day. The Association however wishes to draw attention to the boom and bust cycle of international crude oil prices and cannot be relied upon as firm and assured sources of revenue. Rather there must be continued efforts to diversify the economy, improve significantly on non-oil revenue and deliver on upgrade of infrastructure and improvement in security situation. This is to enable an increase in productive activities especially in the Agric sector.”

However, President Muhammadu had while presenting the budget estimates to the National Assembly on 7th October 2022, justified his quest for more borrowings, arguing that the debt of the Federal Government was within sustainable limits. “We plan to finance the deficit mainly by new borrowings totalling 5.01 trillion Naira, 90.73 billion Naira from Privatization Proceeds and 1.16 trillion Naira drawdowns on loans secured for specific development projects. Some have expressed concern over our resort to borrowing to finance our fiscal gaps. They are right to be concerned. However, we believe that the debt level of the Federal Government is still within sustainable limits. Borrowings are to specific strategic projects and can be verified publicly. As you are aware, we have witnessed two economic recessions within the period of this Administration. In both cases, we had to spend our way out of recession, which necessitated a resort to growing the public debt. It is unlikely that our recovery from each of the two recessions would have grown as fast without the sustained government expenditure funded by debt,” he had submitted.

Most recently was the disclosure of a letter of  President Buhari addressed to the House of Representatives, seeking an increase in the 2022 budget deficit to be financed through borrowing from the domestic market. In the letter read by Speaker Femi Gbajabiamila during plenary on Thursday April 07, 2022  Buhari also requested for the review of the 2022 Medium-Term Expenditure Framework (MTEF) upon which the budget was hinged.

The letter reads: “As you are aware Mr. Speaker, the new development both in the global economy as well as the domestic economy has necessitated the revision of the 2022 fiscal framework on which the 2022 budget was based. The total budget deficit is projected to increase from N965.42 billion to N7.35 trillion representing 3.99 percent of the GDP.The increment of deficit will be financed by new borrowings from the domestic market.Given the urgency of the request for revision of the 2022 fiscal framework and 2022 budget amendment, I seek the corporation of the National Assembly for expeditious action on this request.”

Fears of critical economic stakeholders and concerned Nigerians over the increasing scale of borrowings are justifiable. This is just as the borrowing claims of the government cannot be conclusively overruled. However, it is catastrophic when such borrowings are misapplied and their utilities are not optimised efficiently to get corresponding accruable outcomes. The perception of the orientation around borrowings over time has largely reflected the later, as economic metrics and indices largely lean more towards the inconsistencies. Concrete reflections are still yet not edible enough to justify the heap of borrowings over time. It is important that the Government redefine its system in the operations of the linkage chains of funds from borrowings, its usage and applications, as no tolerable excuse may be tenable enough to justify the inconsistencies of increasing borrowings and worsening economic conditions.