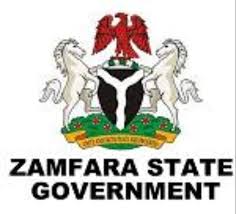 The Zamfara State Government says it has adopted proactive measures to resuscitate the moribund Livestock Investigation and Breeding Center (LIBC), Kwatarkwashi and other poultry units in the state.

Alhaji Ibrahim Jibo, the state’s Commissioner for Budget and Economic Planning, stated this at the inauguration of stakeholders’ meeting in Gusau on Monday.

Jibo said the meeting was to examine, deliberate and workout modalities to streamline reactivation of the livestock centre and other poultry units in the state, adding that the centers would soon resumed operation.

Gov. Bello Matawalle had directed for the immediate reactivation of the LIBC and poultry units across the state.

The Commissioner noted that the measure was a deliberate policy designed to encourage productivity, provide job opportunities and boost state revenue base.

“It is part of the strategies adopted by Gov. Bello Matawalle’s administration to diversify its sources of revenues.

“The reactivated centres are expected to contribute towards the diversification the economic sector of the state,” he said.

Jibo tasked workers charged with responsibilities for the reactivation of the centres to work towards achieving the objectives of the programme.

It was reported that the meeting was attended by Kabiru Gayari  Permanent Secretary of the ministry; representatives of Zamfara State Directorate of Animal Health and Livestock Development as well as development organisations.