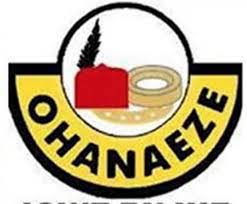 The Ohanaeze Ndigbo in Lagos State says it has provided seven luxury buses to offer free transport services to Ndigbo living in the state wishing to travel to South East for the 2020 Christmas/New Year celebrations.

Chief Solomon Ogbonna, President, Ohanaeze Ndigbo, Lagos State, told the Newsmen in Lagos on Thursday that the gesture was to alleviate the transport and fare challenges faced by people during the festive seasons.

According to him, the pan Igbo cultural body prioritises the welfare of people of the south east.

It was reported that during the yuletide, transport operators hike fares in different parts of the country thereby making it difficult for many to travel to different destinations.

Some who  manage to travel from Lagos to most parts of the south east pay as much as N17, 000 for a journey that costs N4, 500 or below off season.

Ogbonna said: “The need to alleviate the transportation hardship people face travelling home during the period spurred the group to make provision for the buses.

“The provision of the buses is in partnership with some transportation firms and services will begin from Dec. 16, 2020,’’ he said.

The president of the group appealed to other transporters and well meaning individuals for support to hire more buses.

According to him, the buses will be loading at Jibowu and Ajah bus terminals, three days a week during the period.

He added that the transport arrangement was only for going to the east and that the free ride would not be available for a return trip in January 2021, due to limited funding.

“As a pan cultural body, we are constantly looking for ways to make things easier for our people no matter how little.

“We are aware of what people passed through during the last seven months of COVID-19 with its attendant lockdown of businesses and then, the #ENDSARS protest.

“This gesture is our own intervention to better the lives of people and make them have a sense of belonging,” he said.

Mr. Everest Uzonwaeke, Secretary of the group, while wishing the people a Merry Christmas in advance, admonished them to join their town unions.

He said that such bodies were micro units of Ohanaeze through which people could be reached by the apex cultural body.