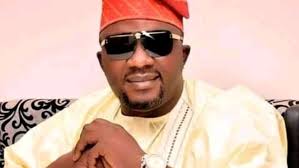 The Kaura Youth Coalition in  Kaura Local Government Area (LGA) of Kaduna State, has condemned the kidnap of the council’s caretaker Chairman, Dr Bege Katuka, and demanded his unconditional release.

The group President, Mr. Derek Christopher, in a statement on Wednesday, described the incident as an evil act.

“We condemn this evil act in its totality and demand the Kaduna State Government to ensure he (Katuka) is released unhurt to his family and the People of Kaura.

“We are appealing to all good patriots with credible information to kindly share with the security agencies to help in rescuing him from his captors,’’ Christopher said.

Newsmen reports that the council boss was kidnapped on Sunday evening, on his way to farm on a commercial motorcycle in Chikun LGA of the state