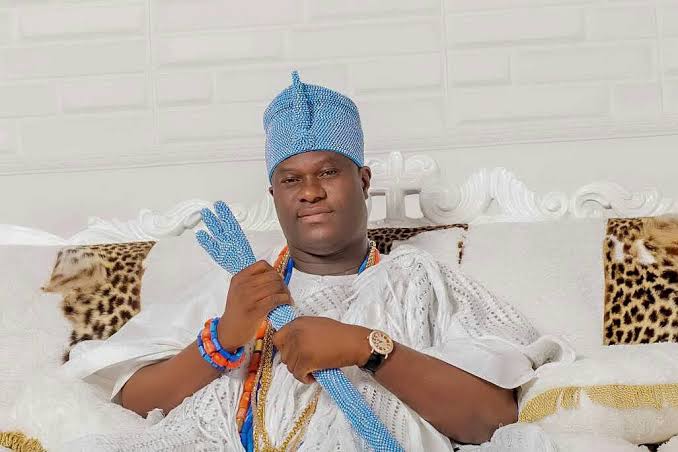 Ooni of Ife, Ooni Adeyeye Enitan Ogunwusi, Ojaja II has noted that youths’ anger and hunger should be pacified with support in form of training, mentorship, and other empowerment initiatives.

The Arole Oduduwa disclosed this during the commencement of his fifth year coronation anniversary and graduation of Ojaja II Fashion Training Institute(OFTI) students in Ile-Ife.

Ooni explained that youths are angry because they are hungry and the only way to get them out of this anger is to continue to empower them.

He said, “In line with the celebration of my 5th year on the throne, I have mapped out plans to empower 5,000 youths to be financially independent and be able to feed others.

“I hereby call on Nigerian leaders; political, traditional and religious leaders to know that it is now a necessity to empower the youths. Out of our earnings, let us dedicate part to the empowerment of youths in our areas. We must consider this as a necessity and what should be done on a regular basis.

“We just had a sample of youth restiveness and it should be a lesson to all of us that nobody can handle their anger, so it is about time that we know that it is unwise to keep money in the bank while the needy continue to wallow in poverty.”

“We were with President Muhammadu Buhari two weeks ago and the issue was discussed and we are making progress. We have roles to play, we are not competing with them and I believe that we shall get there,” he added.

At the event, 65 youths who successfully completed their trainings as fashion designers were empowered with instruments and equipment procured by the Ooni, with support from the International Breweries, Ilesa and other partners.

In her speech, the Corporate Affairs Manager, International Breweries, Ilesa, Mrs. Stella Sawyer described the programme as laudable, commending the Ooni for the initiative.

“The unique thing about this is the huge preference given to the females and very young people which cannot be found elsewhere. This shows that Kabiyesi understands the term empowerment and he is  really catching them young.

“We are impressed and proud to be partners in this progress as part of our Corporate Social Responsibility and we shall keep doing this.”

On behalf of the beneficiaries, Comfort Adebisi thanked the Ooni for the gift of new working equipment and the training which she described as the best.

“I am so happy today and I don’t even know what to say than to keep thanking Kabiyesi, I wish him a long healthy reign on the throne of Oduduwa,” Comfort explained.

Similarly, some victims of human trafficking who were repatriated from Saudi Arabia, Lebanon, Omar and other parts of the world stormed the palace to thank the monarch for giving them a new life.

Earlier before their repatriation, the ladies who are 55 in number got financial assistance and other aids from the Ooni after a video went viral online through which the ladies cried for help.

Speaking on behalf of the ladies, Oluwaseun Omolara explained that the Ooni saved her and her colleagues from the claws of premature deaths as they were living in dehumanising conditions before the interventions of the Ooni.