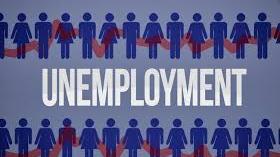 The profile of youth unemployment has become a subject of national discourse which if not addressed proactively, poses serious threats to make the society ungovernable for the Government. The high rate of the spread of organised criminal ventures across the Country, is a clear manifestation of one of the dire consequences of keeping a huge population having it difficult to lay their hands on productive ventures for end meets. Where such problem persists,  resort to illegal activities for survival may be much around the corner. In a situation where this aggravates persistently without timely solutions, the Government may become absolutely handicapped to address the societal chaos which may continue to brew out with strong preponderance. At this level, even the use of force, may never be sufficient to handle the situation.

The prevailing situation where despite arrests of culprits of criminal ventures many still indulge in such proclivities, is a clear reflection that the Government cannot continue to work on its current pace with the level of unemployment in the Country. How hoodlums hijacked the #ENDSARS protests and resorted to lootings and destructions of public and private properties, is an evident show of the rage of a youthful age that is largely ungainfully unemployed. The lingered status of the protest is a clear signal of warning that the Government needs to take as a matter of necessity, the importance of breaking barriers to strengthening youth empowerment programmes in the Country.

Picturing the threats that this challenge poses to governance, the Senate President, Senator Ahmad Lawan, on Monday raised the alarm that the Country will not escape another civil unrest in the like manner of #ENDSARS protest if the Government fails to effectively address the issue of youth unemployment and make pragmatic efforts in its national budget to meaningfully engage the youths. The Senate President who on Monday formally declared open the 2021 budget defence for the Ministry of Agriculture before the Senator Abdullahi Adamu, All Progressives Congress (APC) Nasarawa West-led Senate Committee on Agriculture and Rural Development,  said that some youths genuinely expressed their anger in the recent #EndSARS protest and successfully gained government’s attention. The lawmaker however warned that a good number of those who may not have had the opportunity to vent their anger are still within the rural areas, who may find opportunity one day to express their grievances. The Senate President who stressed on the need for youth empowerment said: “Let’s meet them where they are and many of them are in the rural areas. Let’s give them what we can and keep them in the rural areas and make their lives productive. On our part, we are going to be accountable. We escaped this one (#EndSARS Protest); the other one is inescapable.”

Necessity lies on the Government of the day to scale up its efforts towards Social Intervention Programmes for youth empowerment. The #EndSARS protests came with off-shoots of socio-economic and political disturbances which should be enough lesson for the Government to learn from. The docility of the Government to surrounding circumstances without proactive steps have brought much national embarrassment to it as an institution, which should be at the fore of the thrust to ensuring the welfare of the populace is not rendered to the fate of jeopardy. Such inertia to timely address alarming situations have continued to brew winds of turbulence in the Country. A continuation of such incompetence and inproactiveness to compounding socio-economic unfavourable conditions holds the possibilities of grave threats which may interlock in various networking strings to set the polity off balance.

This therefore brings to the fore, the inevitability of the Government to do more than the usual, to drastically change the narrative of the mindboggling height of youth unemployment in the Country. This is essentially proactive to set the guard in forestalling a looming national distress. It is important to state that such efforts should be complementary in pattern from all levels of government. No level of government should shelve and shift the necessity to the other. It was evident how State Governments’ properties and those of local authorities were not spared in the wanton destruction and attacks that trailed the #EndSARS protests. It is therefore instructive that every level of government should take with much gravity, the necessity to drive the course for appreciable youth empowerment moves within their respective jurisdiction. It is however important that in the moves, the policies guiding the efforts and programmes should be complementary and not conflicting. This is essential to avoid poor coordination that would be counterproductive in the long run with clash of focus and.objectives.

The population strength of the Nigerian youth is a resource the Government should take advantage of in building a virile economy. A population becomes a burden when it is largely impoverished and wallowing in poor profile of productive capacities. Turning the strength of the Nigerian youthful population into resourceful advantage, remains a leverage the Government needs to understand how to exploit for driving appreciable socio-economic growth and  development. This is key to turn the table from a burdensome population to a growth driving population.

Go get your PVC now!