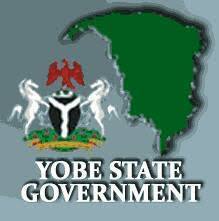 The Yobe Government on Wednesday says it will soon introduce some major reforms that will integrate Quranic schools into formal education system.

Dr. Mohammad Idris, Commissioner for Basic and Secondary Education in the state, made the disclosure at an interactive session with Quranic education stakeholders in Nguru.

Idris, also the Chairman, Yobe State Steering Committee on Tsangaya (Quranic) Schools, said he was in Nguru as part of the committee’s statewide tour to meet with stakeholders on the need for reforms in Qur’anic schools.

He said that the state was considering incorporating western education and skills acquisition training into the schools to make graduates become productive and self-reliant.

The commissioner said that the state was determined to address challenges associated with Quranic education, including street begging, child abuse, poor hygiene, among others.

Idris charged the stakeholders to make meaningful contributions for the development of the schools, saying their inputs would form part of the committee’s recommendations.

Also speaking, the Emir of Nguru, Alhaji Mustapha ibn-Kyari, commended the state for the initiative, which he said was long overdue.

He assured the committee of the emirate council’s total support and cooperation for the successful implementation of the project.

Earlier, a teacher, Jibrin Abbari, noted that the solution to the challenges of Qur’anic education was imminent with the current collaboration among government, teachers, parents and community leaders.

He, however, appealed to government to ensure that it makes plan to sustain the reforms that would be implemented.

Newsmen report that the committee, which was constituted by the state government in June, had toured all the 14 emirate councils in the state.

Part of its mandate is to identify and mobilize stakeholders; advise government and work out modalities on how to improve Quranic education in the state.