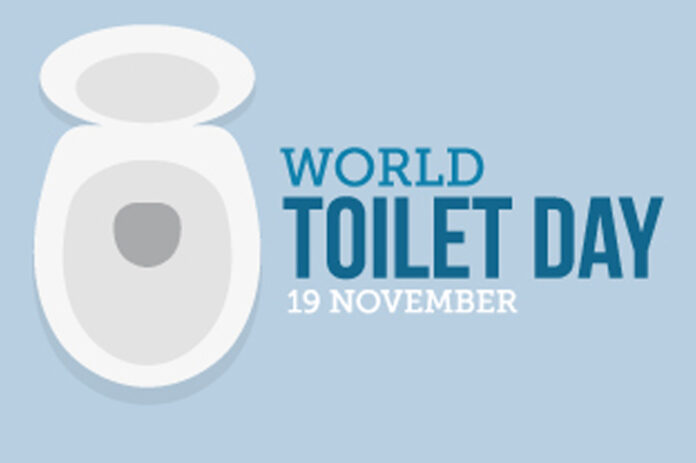 An NGO, Society for Water and Sanitation  (NEWSAN), has called for collective responsibility by stakeholders in achieving the desired hygienic and safe environment in Ekiti State.

The group’s Coordinator in the state, Dr Mary Adeyanju, made the call during a sensitisation visit to Iremo community, Odo-Ado area of Ado-Ekiti as part of activities to commemorate the World Toilet Day.

Our Correspondent reports that NEWSAN is a network of NGOs working on water and sanitation in Nigeria.

This year’s World Toilet Day has, as its theme, “Sustainable Toilet and Climate Change.”

Adeyanju said that the group was leveraging on the significance of the Day to reach out to people in order to promote the campaign for functional toilet per households in the state.

According to her, it is one thing to build a toilet in an apartment, it is another to build a functional and sustainable one that conforms with the set environmental standards.

The NEWSAN coordinator described the level of conformity with toilet availability in Iremo community as very encouraging, urging residents not to relent in ensuring that toilet project in every home was completed within record time.

“We felt it is appropriate to dialogue with the people, as part of the stakeholders’ responsibility today, being the World Toilet Day set aside by the United Nations.

“We have seen in this community that almost every house has a toilet facilities, although most of them are not in good conditions.

“It is not appropriate to have a toilet and still engage in open defection due to the state of the facilities,” she said.

Adeyanju called for enforcement of laws mandating every house to have access to appropriate toilet facilities to prevent people from defecating around.

“Although the state government is working on becoming an open defecation-free state, my own recommendation is that government should enforce the law that will make every household to have access to appropriate toilet facilities,” she said.

According to him, 4.2 billion people worldwide live without good sanitation, while about 673 million people practice open defecation.

He said NEWSAN was using the Day to dialogue with the residents of the community on the need for them to complement government’s efforts towards discouraging open defecations in the state.

“The activities also include inspection of households and checking of community’s compliance with provision of toilet and community sanitation,” he said.

Ogundipe emphasised the need to promote the Sustainable Development Goal 6, which was aimed at ensuring availability and sustainable management of water and sanitation for all, particularly open defecation.

In his contribution, Mr Olu Ogunrotimi, the Executive Director, EDFHO, emphasised the need for every stakeholder to be alive to his/her responsibility in ensuring hygienic and safe environment in the state.

“To me, every stakeholder must be up and doing, including every household in the communities, to achieve the desired objectives as far safe and hygienic environment is concerned,” he said.

Mrs. Ajayi Adekemi, Head of Environmental Department, Ado Local Government council, in her remarks, called on the community to take action on noticed gaps within the community, especially buildings without functional toilets and those disposing waste into water channels.

Mr Gabriel Afolabi, a community leader in Iremo, called for government’s assistance to ensure provision of adequate and appropriate toilet facilities in the neighborhood.

“Most of our people are ready to obey government’s directive on the toilet issue but are hampered by lack of resources to provide the facilities.

“We can only appeal to government to assist us in this regard,” he said.