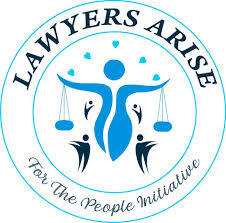 Lawyers Arise for the People Initiative (LAPI), an NGO, has called on the Federal Government and striking Joint Health Sector Union (JOHESU) workers to resolve their differences in the interest of Nigerians.

Mr Ebenezer Egwuatu, the Executive Director of LAPI, a patient rights and safety advocacy group, made the call on Thursday in Abuja as the world commemorated World Patient Safety Day 2020, celebrated every Sept. 17, to appreciate health workers globally.

Egwuatu said it was necessary for both parties to resolve their differences in the interest of patients who are the ones bearing the brunt of the strike.

He noted that the strike by JOHESU members would lead to avoidable death of some patients and deterioration of disease condition of others.

Egwuatu said that patients’ safety was a serious public health concern recognized by the World Health Organisation (WHO).

According to him, WHO has estimated that one in three million dying in the risk while travelling by airplane and that in comparison, the risk of patient death occurring due to a preventable medical accident while receiving healthcare.

“Industries with a perceived higher risk, such as the aviation and nuclear industries have a much better safety record than healthcare does, 15 per cent of hospital expenses can be attributed to treating patient’s safety failures in Organisation of Economic Cooperation and Development (OECD) countries.

“Four out of 10 patients are harmed in the primary and ambulatory settings; up to eight to zero per cent harm in these settings can be avoided.

“WHO further estimates show that in high-income countries, as many as one in 10 patients were harmed while receiving hospital care, and that the harm can be caused by a range of adverse events, with nearly 50 per cent of them preventable,” Egwuatu said in a statement.

“Unsafe medication practices and errors such as incorrect dosages and inappropriate prescriptions were the leading cause of avoidable harm in healthcare around the world.

“Globally, the cost associated with medication errors has been estimated at 42 billion dollars, not counting loss, wages, productivity or healthcare cost, and these present almost one per cent of global expenditure on health.”

He added that in Nigeria, violation of patients’ rights and unsafe care were major problems that manifest in various forms and were not limited to wrong prescriptions, refusal of treatment or rejection of patients in emergency situation.

According to Egwuatu, part of the problems are disrespect and abuse of the rights of childbearing women during maternity care, withdrawal or withholding of care, misdiagnosis, extortions and negligence which endangers the lives of patients and account for many avoidable deaths.

He said it was on the account of such cases in almost all nations of the globe that the WHO at the 72nd World Health Assembly, adopted resolution WHA72.6 global action on patient safety on May 25, 2019; and the first edition of the world patient safety day was marked on Sept. 17, 2019.

He added that with COVID-19 pandemic ravaging the world without any cure in sight, the safety of patients was further endangered, particularly in low and middle income countries.

Egwuatu said that LAPI on this second edition of World Patient Safety Day celebrates and appreciates the professional sacrifices made by frontline healthcare providers by giving their all to curtail the spread of Coronavirus.

He said that some of these healthcare workers attend to COVID-19 patients with inadequate or no Personal Protective Equipment (PPE), thereby exposing themselves to the risk of infection and paying the ultimate price of death.

He urged the Federal Government to look into the demands of JOHESU, negotiate with it and implement the agreement reached by both parties to save lives.

Egwuatu appealed to the Federal Government to improve the country’s health sector, and the health workers to also respect the rights of patients and shun medical malpractices.