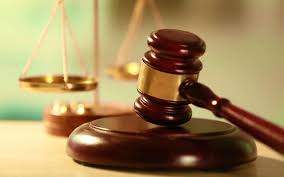 The police in Ado-Ekiti, on Tuesday, arraigned a 50-year-old woman, Olusola Omolara, over alleged visa fraud.

Omolara, whose address was not provided, is facing a four-count charge bordering on fraud before an Ado-Ekiti Chief Magistrates’ Court.

She, however, pleaded not guilty to the charges preferred against her.

The Prosecutor, Insp. Caleb Leramo, told the court that the defendant committed the offences in October 2019, at Ajilosun area, Ikere road, Ado-Ekiti.

Leramo said that the defendant collected the sum of N850, 000 from the complainant, Mrs Aina Olugbenga, on the ptetext that she would procure an Azerbaijan visa for her.

He also said that the defendant collected N1.117 million from Mr Kekere Ayotunde, another 1.1 million from Mr Olapade Gbolaga and N850, 000 from Mr Oni Festus to procure Asabajah visas for them.

According to him, the offences contravene Section 419 of the Criminal Code, Laws of Ekiti State, 2012.

The prosecutor urged the court to adjourn the case to enable him study the case file and assemble his witnesses.

The Defence Counsel, Mr Chris Omokhafe, urged the court to grant his client bail on liberal terms, promising that she would not jump bail.

The Chief Magistrate, Mr Abdulhamid Lawal, granted the defendant bail in the sum of N250,000, with two sureties in like sum.

Lawal said that one of the sureties must own a landed property within the court’s jurisdiction.

He, thereafter, adjourned the case till Oct. 21, for mention.

4 men docked for alleged loitering around black spots in Kafanchan