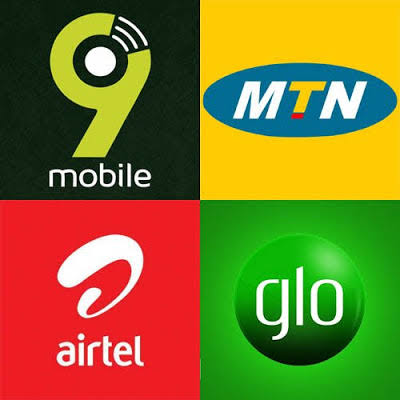 This explanation follows the demand by oppressed Nigerians for companies who offer products to consumers to speak out and lend out their voice against the inhumane and detestable acts of the operatives of the infamous Special anti-robbery squad(SARS).

Mr Olusola Teniola,President Association of Telecommunications companies in Nigeria speaking with Nigerian NewsDirect via a telephone conversation said,
“Our members cannot go against any government as it is not done in any private sector in the world that have investments in government.”

“Our members have investment a serious amount of people infact right as now we have invested and above $70b and has created up to 300,000 direct and indirect jobs in the economy”.

“Every Nigerian citizen has a right to protest and I think celebrities and other civil societies are the best forum for this type of protest.”

Speaking further Teniola noted that the youths should be aware that telecommunucations companies have been unifying people.

According to him, “our platforms have been used to not only promote the social media but they have been critical in promoting free speech.”

“The way people assume we are not contributing is wrong. We have actually contributed in an indirect manner because our platforms are available for the social media activities to occur.”

“What we cannot do is to overtly promote and support any group that is fighting government. This cannot be our stance and has never been part of our policy as an association and as stakeholders conscious of our investments.”

“Most youths today if they are not 30 or 34 years old may not realize that at one point in time an average Nigerian had to queue at NITEL to make a call. Most youths today who are averagedly young have never experienced queing up to make a call,they only know how to hold a an handset.This is a privilege they are enjoying as we currently have 30 million Nigerians now who have never made a voice call nor have internet access.”

“Sometimes we have to look at ourselves and say that I am fortunate to be able to be living in an environment where I am able to have and own an handset and make a call because our parents were not in thus situation and some people who are elderly have never been in this situation till when telecom companies came in.”

“Our consumers are not just the youths involved in the protests,there are other spectrums of the segments of the society which we cater for.”

“We sympathize with the situation that the youths are going through and we are always listening to what they agitate for and we will always consider that we have a dynamic society,an evolving democracy and protests are a natural form of democracy,” he said.

In the same vein, Mr Gbenga Adebayo President Association of Licensed Telecommunications Operators of Nigeria(ALTON) disclosed that none of it’s members have received any invitation to join in the ongoing agitations but appealed to stakeholders and protesters to allow peace to reign and allow normalcy to return.

“The situation is very unfortunate, the loss of lives is very regrettable on account of what we have been told happened and we are also aware that the government has made a pronouncement to proscribe the unit.”

“We recognize the grievances of those who are upset and the position of government and we join in a call for peace,” Adebayo noted.

Since Thursday, 8th of October 2020, Nigerians, mostly the youths have marched relentlessly for their rights to freedom of speech, and freedom from oppression by the notorious Special-Anti Robbery Squad (SARS) unit of the Nigerian Police force. These officers have been known to profile young, well meaning Nigerian youths for years, from extorting money and stealing gadgets to unlawful arrests and detention, torture and sometimes death.

The Inspector General of Police had on Sunday announced the dissolution of the unit but protests and violence by operatives of the police force have since continued with protesters demanding on Monday that the police authorities carry out psychological evaluation and re-training of all disbanded SARS officers before they are redeployed. They also demanded the release of all arrested protesters, justice for all deceased victims of police brutality and appropriate compensation for their families and increased salaries for police officers as well as the establishment of an independent body to oversee the investigation and prosecution of all reports of police misconduct within 10 days.