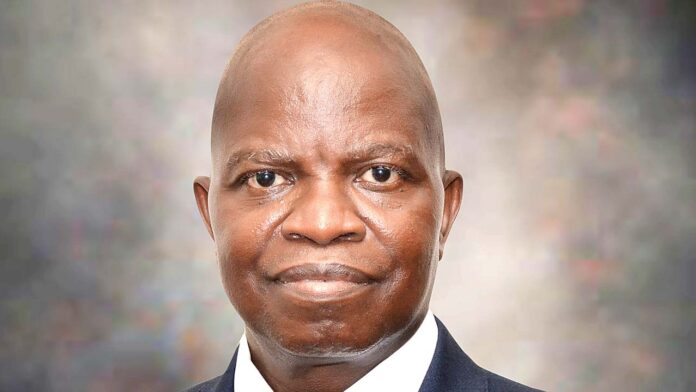 Speaking on a live program on TVC with theme, “Evaluating Nigeria’s economy from 1960 till date,” he expressed that policymakers in the country talk too much without achieving much to drive economy growth.

According to him, “We talk so much in this country. We have the blueprints and policies but the desire to translate these policies into action is missing.

“If Nigeria had implemented all its Economy Submit Group policies in the last five years, Nigeria could have been better.

He said Nigeria macro-economy variables are still struggling to meet global standards, stressing that the nation’s macro-economy stability has been under severe threat.

On this, he said, “That is why we see economy growth that is not translating into economy development and at times negative growth.”

He, however, said these also contributed to inflationary pressure that continued to mount on the nation’s economy as a whole.

According to him, “We still have high unemployed youth, and our foreign exchange management also remains a major source of concern.

“That is Nigeria exchange rate to certain key foreign currencies is still so high when compared with even other African countries.

“So as at today,  we can say we have moved a lot but we have not been able to translate the opportunities we have as a country, the potentials and the kind of dreams our forefathers had in the 1960’s  into what  we could called development agenda that has touched the life of the majority of Nigerians.

“So our orientation is built around our consumption habit, which is tailored, towards imported items. Everything that we consume, food, clothing, shelter are imported. Why should an average Nigeria prefer an imported items?.

“Look at what happened 60 years down the line, the high-tech industry, Ajaokuta, Steel rolling mills, among others, where are they? Our refineries, where are they? In the absence of heavy industries, we have relegated ourselves to a country that is highly import dependent on everything.

“So we must be able to revisit that aspect of our economy and provide the needed raw materials. When we talk about Agriculture which was the mainstay of the economy in the 1960, there is no nation of the world that relegates agriculture and gets to the high point in its economy development.  Agriculture feeds the industry. Why do we relegate agriculture and just revisiting it now?”

Speaking on the importance of land in term of agriculture development, he said, “I think the land use decree which is now land use act, was passed to take care of some peculiarity in the agriculture sector, but I think the dynamics of the environment, and other factors are doing the opposite. That land use act as we have now inhibits growth and development.

“I think there is need to substantially amend this section of the law. So that land will be easily available at the local government level, at the village level, and the state level.

“In 1960 agriculture was at the subsistence level and the majority of Nigerians then relied on self-sufficiency, in the way and manner they carry out the activities.

“Some of these things are definitely not rocket science. When there is economic variable that is under severe assault within the macro-economy settings, all the other variables will follow. If we have negative growth rate, it means we are producing less, and when we are producing less, it will push cost. That is why seeing inflationary pressure going up especially in the food area.

“When we have high inflation at the end of the day, it results in unemployment and the totality of it will bounce on in the international economy relation and reflecting on the exchange rate, that is exactly what we are witnessing in Nigeria today.”