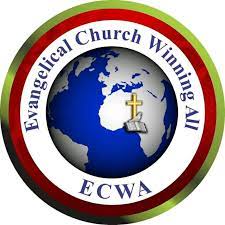 Evangelical Church Winning All, Kasuwan Magani District Church Council says it has lost thousands of members due to bandits’ attack in the state

Chairman of ECWA, in Kasuwan Magani, Kajuru Local Government Area of Kaduna State, Rev. Timothy Maigida, in a statement on Friday, said the church has lost many members during bandits attacks, communal crisis since the last six years

He expressed pain that presently, about 70 members of the church are still in the kidnappers’ den, as there is no hope of rescuing them.

He said the church is planning to hold a “sober reflection” service in commemoration of those who have died and those who are imprisoned following violent attacks.

Reflecting on an incident in 2016, Rev. Maigida explained that 38 members were kidnapped while eight were killed. The remaining members were set free after paying huge amounts as ransom to bandits.

He added that 35 members were killed in 2017 and that after the crisis on October 18, 2018, at Kasuwan Magani market, aside from those killed outside the market environment, 286 were killed during market hours.

He added that another unprecedented killing took place the following day, October 19, 2018, as the late Agom Adara, Maiwada Galadima, were ambushed, abducted and later killed.

In 2019, he said the church lost many members to armed bandits while in 2022 alone, scores of members were abducted, killed adding that in a village called, Dogon Noma community, bandits attacked the residents on June 5, 2022, killing 29 people and kidnapping 28.

He said the same village was attacked on December 7, 2022, five people were killed and 28 others kidnapped, including Rev. Isa Kabiru. Many valuables were also looted.

“It is because of all these devastations that we as a church and people have said we have decided to hold a sober reflection service and bring in people within and outside Kaduna that would help us to rebuild our homes, churches, and communities,” he said.