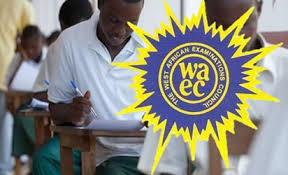 The West African Examinations Council (WAEC), has postponed the release of results for the 2020 West African Senior Secondary School Certificate Examination (WASSCE) till next week.

WAEC made this announcement in a statement on its Twitter page on Wednesday, 28 Oct 2020, when it said the examination body had to move the release of the results to a later date due to the curfew imposed in some states following the unrests that were witnessed in the aftermath of the #EndSARS protests.

It can be recalled that students across the nation sat for the West African Senior Secondary Certificate Examination (WASSCE) between August 17, 2020, and Saturday, September 12, and the council was expected to release the results on October 27 – 45 days after.

WAEC in its announcement said the results will be released next week, adding that the specific date would soon be announced.

WAEC enjoins the public to shun rumours making the rounds in some quarters that the results had been released.

This development is coming few days after the National Examinations Council (NECO) postponed its Senior Secondary Certificate Examinations (SSCE) indefinitely, citing the situation of things in the country.